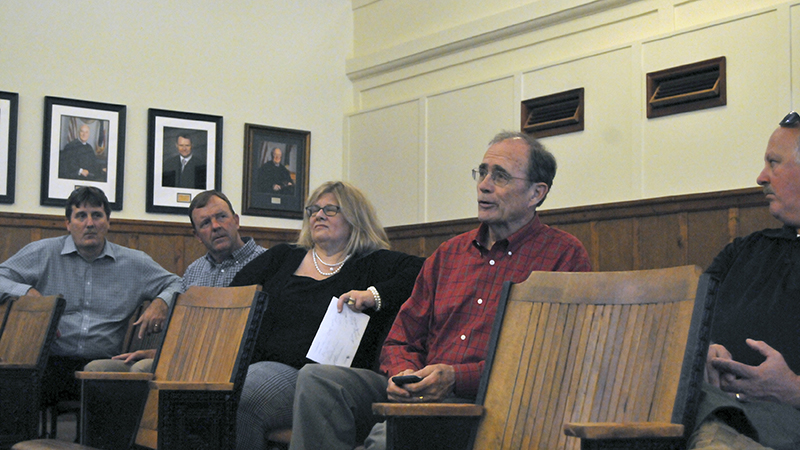 Currently, 30 people have reported flood damage to their homes in the north end of the county, and around 120 county residents are affected by that damage, Manley said. He expects the number of reports to almost double, Manley said. County Administrator Adrain Lumpkin voiced concern about the closure of Interstate 59, and pointed out that it is the second time I59 has been closed due to flooding in six years.

Hosemann said based on the presentation, he believes the county will qualify for public assistance from the federal government, which goes toward fixing bridges and roads. The state does not want too much time to lapse before applying for federal funds, Hosemann said.

“So many people have limited savings for catastrophic events. Many people may not have insurance of any kind,” Hosemann said.

The Board of Supervisors and Hosemann planned to examine areas that received flood damage to determine if the county qualifies for federal assistance.

District I Supervisor Donald Hart said the group of local leaders would show Hosemann some of the many residences in his district that were flooded.

“Hopefully we’ll get federal assistance. Most of them didn’t have flood insurance,” Hart said.

Hosemann said people have to be smart when reconstructing flood damaged homes and avoid rebuilding in locations where they have already been flooded out.