Board of Aldermen discuss road construction and cemetery maintenance 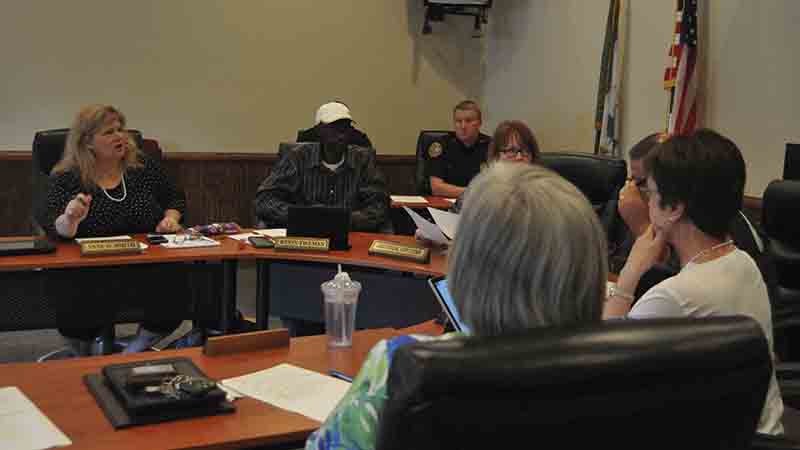 Jason Lamb of the Walker Associates updated Poplarville’s Board of Aldermen about efforts to start a city wide paving project using bond funds during Tuesday’s meeting.

Lamb said he should receive bids on drainage work by June 27th. The Board has already received bids for the roadwork, which are being considered. The Board has 60 days in the written contract to make a decision on the bids, Lamb said, but the contractors told him verbally they could wait 150 days for a decision. Five percent of the bond money needs to be distributed by late September, which should be accomplished, Lamb said.

According to the agenda, the lowest bids received for the project were from Warren and Warren Asphalt Paving for $991,958 with two alternate bids of $33,390 to repair St. Charles Street and $48,482 to conduct work at City Park. Previous coverage states the Board has until late June to decide whether to award the bid to the lowest bidder. A bid of $1.2 million was received from Bush Construction Company Inc. for the same project, with the alternates coming in at $38,969 and $48810 respectively.

In a separate matter, Poplarville resident Belinda Seals spoke to the Board about graves being dug up by dogs in Forest Lawn Cemetery where her father was laid to rest in April, she said.

Seals asked the Board to take action on this issue. She said she has already reported the problem to the Poplarville Police Department, Pearl River County Sheriff’s Department, and the county animal control officer, she said.

Mayor Rossie Creel said he has spoken with Seals about the issue previously and that police officers have gone to the cemetery twice to check into the matter.

Alderwoman Shirley Wiltshire said the city needs to remind people of the leash laws and Capt. Al Tynes with the Poplarville Police Department said that the county also has a leash law. The Board agreed that action should be taken to remedy this issue.

— Took under advisement the possibility of applying for funds from the Mississippi Development Authority Gulf Coast Restoration Fund.

The next Board meeting will be held Tuesday June 4 at 5 p.m. in Poplarville’s City Hall.

Board of Supervisors discuss jail HVAC system and housing…