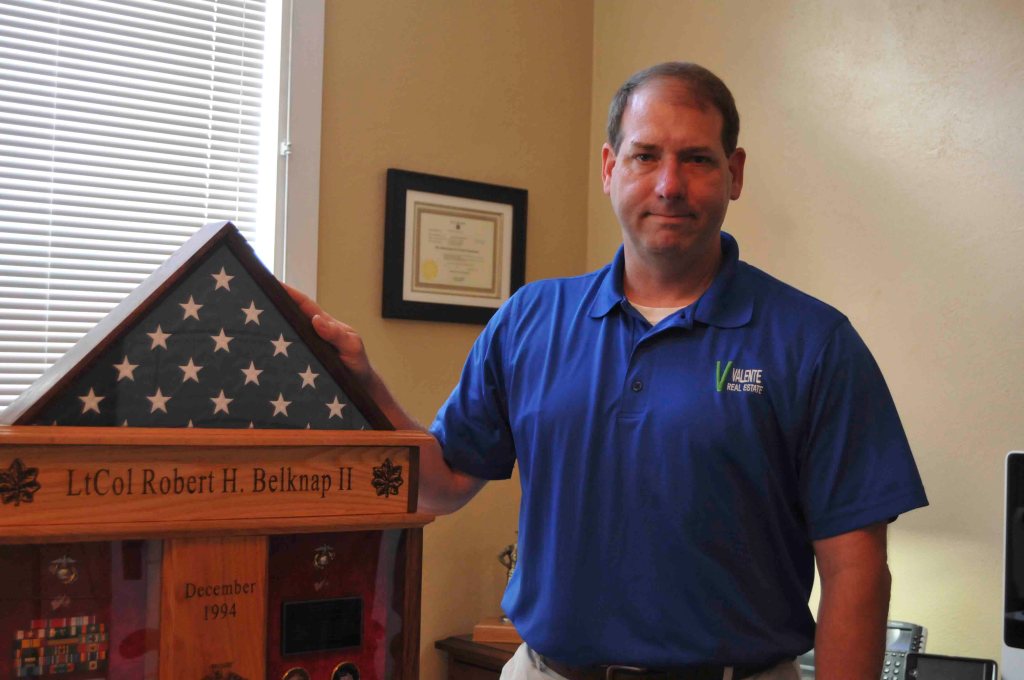 Robert Belknap served 24 years in the Marine Corps before he became a real estate agent with Valente Real Estate in Picayune. His Marine Corps medals are housed in a shadow box tucked into the corner of his office, on the top of his exceptionally neat desk.

In his five deployments overseas, Belknap saw Japan, Africa and the Middle East, but he was also deployed while his oldest son was younger than 3, Belknap said.

“My wife Paula has been with me through four of my five deployments. To have a spouse go through three combat deployments–she didn’t know where I was for two months,” Belknap said.

“For a Marine to get skin sliced by shrapnel and get stitches and be back in the fight in 24 hours, it’s impressive,” he said.

The Battle of Fallujah, in which Belknap served as a commanding officer, began on his son’s birthday and one of the Marines he lost during that battle had the same first name as his son, which is ingrained in his memory, Belknap said.

Connecting with other veterans has provided people he can talk to about his experiences and those veterans have offered him sage advice, he said. Learning about military history also helped Belknap understand the toll military service has taken in the past, he said.

“To find the history of other Marines takes that brotherhood back further,” Belknap said.

Adjusting from military life to civilian life is never easy, Belknap said, but his military experience has given him strong attention to detail.

“What women and men step away from the military with is a work ethic that’s hard to sum up. They have a strong sense of purpose and dedication to a unit,” Belknap said.