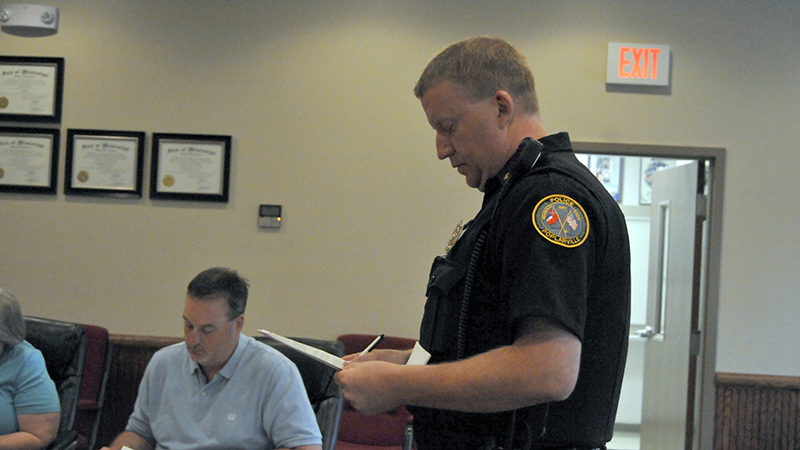 The requirements for hiring police officers and the job description for officers was changed by the Board of Aldermen during Tuesday’s meeting. Previously, applicants needed to complete the Mississippi Law Enforcement Training Academy prior to employment.

After the job description change, applicants still need police or military training similar to Mississippi’s law enforcement training, and could be hired for a one-year probation period. They would need to complete the Mississippi Law Enforcement Training Academy within their first year on the job. Comparable training that would make them eligible for employment would be previous law enforcement certification in another state, Mayor Rossie Creel said. The local National Guard has offered to determine if a person’s prior military experience is comparable, Creel said.

“I want to be confident that they will be able to protect and serve,” Tillman said.

Tuesday’s meeting was the first time Wiltshire saw the full text of the change to the job description, she said, and she wanted more time to process the information before voting on it.

Creel said the change was something he felt like the city needed to do in order to get enough quality applicants.

Alderwoman Anne Smith said she voted against the matter at the previous meeting because she did not want someone without experience on the police force, but at Tuesday’s meeting she felt comfortable voting for it because she believes the new requirements will attract applicants with relevant experience.

“At the end of the day, if we don’t feel they’re qualified, they won’t get hired,” Smith said.

The Board also authorized sending two current police officers to a field training officer certification course at the end of May, which will certify officers to train other officers within their department. It will allow the members of the department to train incoming officers, Smith said.

— Approved a motion to stop accepting applications for the position of Police Chief.

— Approved paying $23,627 to Sambo Dozier Service out of a MDA CAP loan and $822 in city funding for construction of the new public works facility.

— Authorized travel for a firefighter to an emergency driving course in Picayune.

— Authorized travel for three firefighters to an auto extrication course in Poplarville.

— Approved the Poplarville farmers market’s use of the City Square Park on Thursdays in May, June, and July.

—Approved a request to send officers to a memorial services in Biloxi for Patrolman Robert McKeithen.