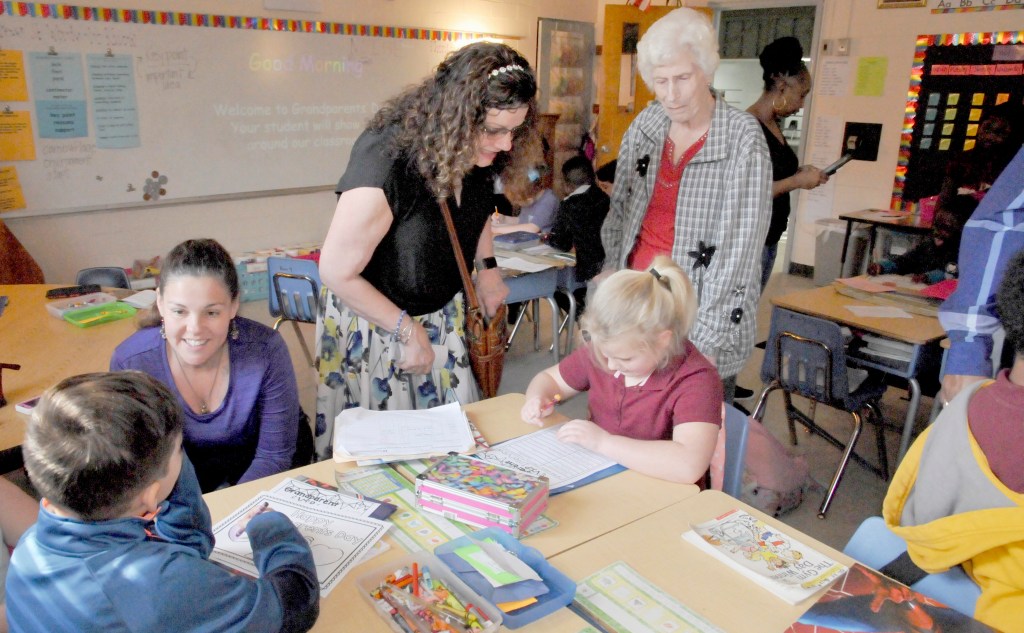 Grandparents and parents enjoyed spending a day in class with their youngsters during South Side Elementary's Grandparents Day.

The students and faculty of South Side Upper and Lower Elementary Schools took time out of their Friday to appreciate their grandparents – as well as some of the parents – of the South Side youngsters.

South Side Lower Principal Christie Pinero said the day is held annually and both groups enjoy it.

“This allows the grandparents to visit the classrooms and meet the teachers,” Pinero said. “They also love to watch their kids perform.”

That opportunity came during breakfast time in the South Side Elementary cafeteria.

More than 400 people crowded the room and faced the stage, cellphones waiving in the air, capturing their students as they performed in three separate choirs.

Under the direction of Dr. Earl Fox, the first grade choir, third grade choir, and concert choir performed for almost an hour, garnering enthusiastic support from the audience.

The classrooms were then open to grandparents as they found themselves sharing activities such as coloring and reading with their grandkids at the students’ desks and classroom tables.

“We really enjoy this,” said Douglas Dedeaux who was visiting with grandson Kennedy. “It’s really great to hear them perform and visit.”

South Side Upper Elementary Principal Debbie Smith told the crowd that it “meant so much” to the teachers and students that their family took the time to show support for the school.

Family, friends of murder victim gather to honor his…