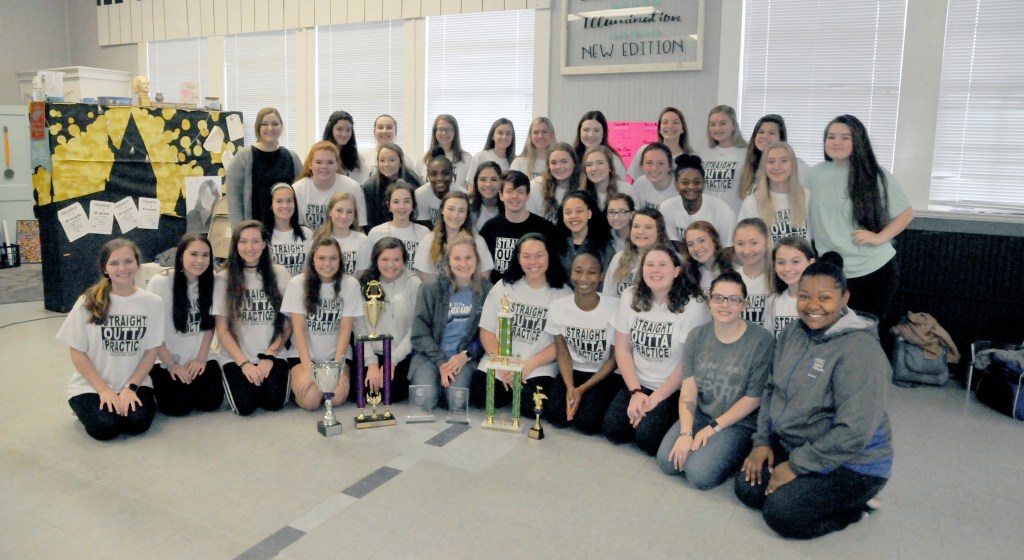 Director Haley Jones sounds out the notes as her students’ moves are mirrored behind her. The mirrors are a tool allowing the group to see themselves as they rehearse their routines.

“Illumination,” the all-female show choir from Pearl River Central High School, has had a busy season of competition, garnering the ultimate recognition in becoming the first choir of its kind to be awarded the title of Grand Champion.

The group has one competition left for the year. So far this year, the group has done “exceptionally well.”

Jones explained the show choir goes to competitions every Saturday and at the end of the preliminary rounds, the top five finalists are announced.

“That gives us an opportunity to compete again and improve their scores or even win the competition,” Jones said.

The group recently participated in the Purvis Invitational and earned the top honor of Grand Champion.

“It was really overwhelming. We were all crying. It was very emotional,” Jones said.

The director said the group puts in a lot of hard work to achieve such recognition.

The choral room in which the group rehearses is a very small one, which can make the practice sessions that entail choreography difficult.

“We just take all the things that are difficult and apply it to how we produce a show,” Jones said.

She said this past year more than 80 students auditioned, “which was the most we’ve ever had.”

Formal auditions are held in May before the determination is made on the singing and dancing talents for the potential members.

Jones said the rehearsal space on the campus prevents her from selecting a larger group for the choir, but once the new performing arts center is completed she plans to expand the member count.

“It’s not painless because it hurts not being able to take everybody,” she said.

Jones has found a possible solution in the formation of a concert choir at PRCHS next year, allowing her to use the talents  of the overflow who may not make show choir while also allowing those students to get an education in music.

She says there is great joy in directing the group, adding the girls become “my kids and my family.”

“It is a very positive environment and people want to be in this group,” Jones said.

The performers under Jones’ direction agree with that sentiment.

“I wanted to be part of a family that uplifts me every day,” said senior leader Macy Jarrels. “I wouldn’t have it any other way.”