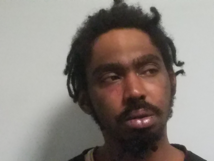 A Picayune man was arrested for his alleged part in cashing fraudulent checks in the Biloxi area.

According to a release from the Biloxi Police Department, officers arrested 36-year-old William Noah Davis of Picayune, for uttering forgery on Friday.

The  release states that Davis was arrested after an investigation showed Davis allegedly attempted to cash a fraudulent check in the 600 Block of Dr. Martin Luther King Drive, in Biloxi.

“Justice Court Judge Albert Fountain issued the warrant in lieu of a $5,000.00 bond,” the release states.

After his arrest, Davis was booked into the Harrison County Jail.