Family, friends of murder victim gather to honor his memory 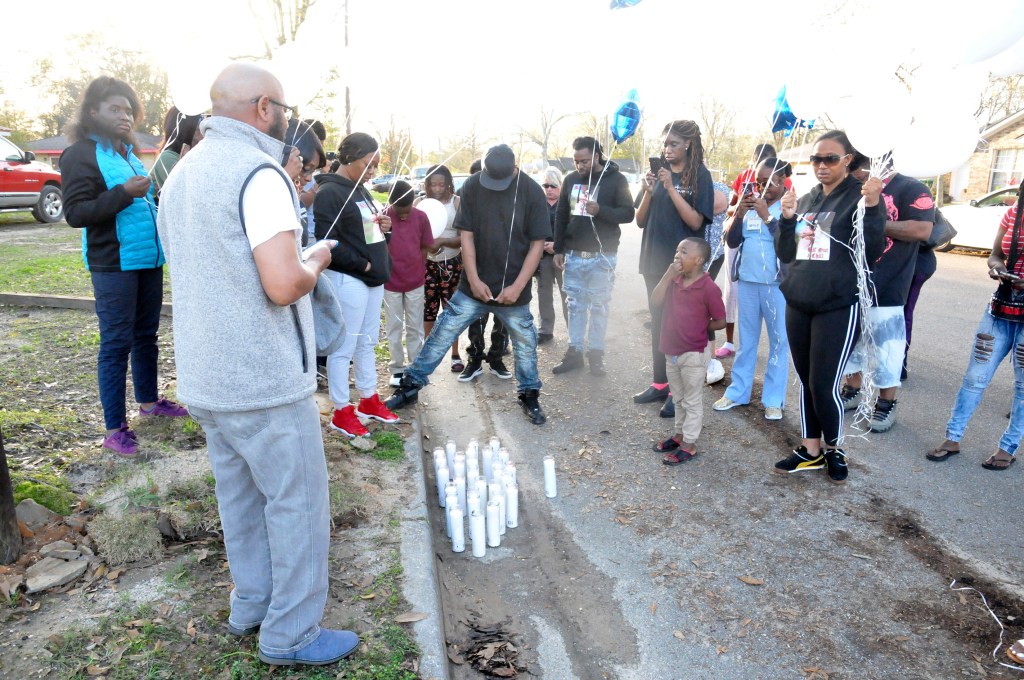 The family and friends of Justin Nixon gather near the spot where his body was found one year ago to hold a moment of remembrance.

The area of Main Street and Jarrell Street has come to bear a significant meaning for one family, their friends, and their neighbors.

It was on Feb. 28 last year that the lifeless body of 28-year-old Justin Nixon was found in the back yard of a home. His cause of death was later determined to be due to a gunshot wound to his upper torso.

One year later, those people who counted Nixon as a son, grandson, nephew, friend and neighbor gathered at that spot to remember him.

As the sun began to set, Pastor Vernon Robinson of First Cornerstone Baptist Church gave a prayer for those who came to mourn and remember.

“You just have to trust God,” Robinson said. “Some things happen we don’t understand. We just depend on him. All things work together for the good of them that trust Him.”

According to previous coverage, Nixon had been involved in an altercation with his cousin, Malcolm Nixon, 27, the day before the body was discovered.

Family members want to ensure their appreciation for the work of the Picayune Police Department was communicated.

Rosemary Smith, Justin’s grandmother, called the loss of her family member, especially in this manner, “a wound that never heals.”

Smith said she felt the vigil for her grandson will help the family keep him in their memories.

Despite the circumstances, she said she hopes others see that taking someone’s life affects that person’s family.

“I think they can look at that and I am praying that all the crime will stop one day,” she said.