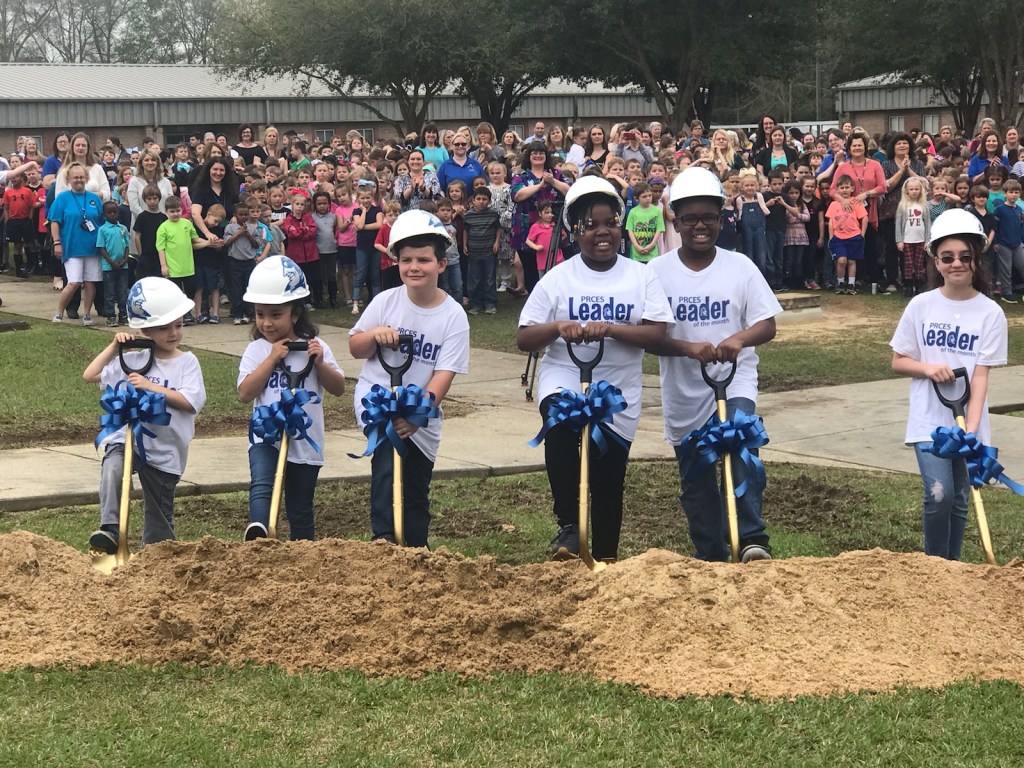 Student representatives from each grade at PRCES helped brake ground for the new school's new additions and improvements. Submitted photo

The construction is part of a renovation project for both the McNeill and Carriere campuses that is being funded by the $18.5 million bond approved by county voters last year.

However, the District may have to dip into its reserves to make up for an increase in construction costs.

Burleson said both projects would be done simultaneously; however all the bids for the Carriere project have yet to be received.

Burleson said the McNeill campus contract was awarded at an amount of $10.1 million, which was “a little bit higher than we expected.”

“It increased by about $1.3 million more than expected,” he said. “Much of that was because of rising construction costs. We are going to have to dig into our reserves for some of the increase.”

Burleson said “at this time” he could not see anything having to be cut from the project since the District’s reserves are healthy enough to accommodate the added costs.

He noted the District’s reserve balance is currently $4.6 million.

“I can’t speak on the Board’s behalf, but there is some money there they could use if they chose,” Burleson said noting the Board’s policy is to keep reserves at 20 percent of the District’s expenditures.

Students at the McNeill campus will experience some changes in how they navigate the area while the construction, expected to take two years, progresses.

Burleson said the courtyard area as well as the area between the cafeteria and the “A” building is shut off because that is where much of the drainage work will be done during the initial phases of construction.