Board cautious about waste collection change 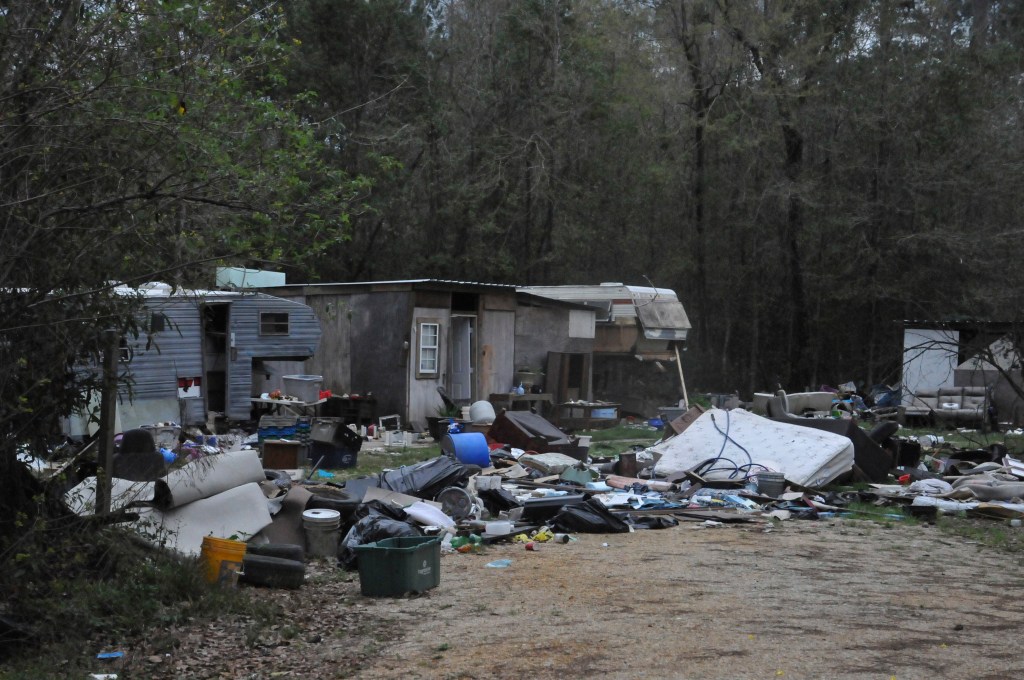 Board of Supervisors President Sandy Kane Smith says this site near Nicholson Elementary School is just one reason countywide garbage pickup is an important issue. He says cleanup of random dumpsites such as these could cost the county thousands of dollars.

All five Pearl River County supervisors maintain the stance that their goal is not to put local waste haulers out of business, but to organize a countywide waste collection system that includes them in the process.

The supervisors say the recent meeting between them and the waste haulers spurred public conversation.

Board President Sandy Kane Smith said he is hearing concerns that the Board’s involvement would be “another government bureaucracy” or increase the millage rate.

“And, I’m still getting calls asking when we’re going to pick their garbage up,” he said.

Smith emphasized there is no immediate plans to implement a countywide waste collection system, but said the litter and garbage problem is “a crisis we have to do something about.”

District I Supervisor Donald Hart said he has not heard any comments, and estimates it’s because most of his district is within a municipality that already has garbage pickup. Still, he echoes the concerns of others about the county’s litter problem.

“I’m hopeful we can find a way to get it done,” Hart said. “We told the haulers we aren’t trying to put them out of business. There are models in other counties which use them and we are looking at those.”

District II Supervisor Malcolm Perry said the constituents he has heard from would like a countywide service so long as there is not a tax increase.

Perry agrees it is an issue the county will have to deal with at some point and thinks a countrywide garbage pickup system would help.

“As of now, I personally don’t see that possible, so I wouldn’t be for it under that circumstance,” Perry said, adding that he and his constituents could get behind a plan that did not require a tax hike.

District III Supervisor Hudson Holliday, who restarted the discussion, says a plan is needed but still a very long way off.

“Everybody is for it if it doesn’t cost anything,” Holliday said. “We are trying to figure a way to keep the costs down or even less than what people have been paying.”

He said the process to create a plan would be “methodical.”

Holliday added that there will be more meetings and the public will be informed.

District IV Supervisor Farron Moeller said he has not talked to anyone who did not believe countywide pickup should become a reality and soon.

“But getting it done now may be a dangerous way to do it,” he said. “If we move too fast, I’d be afraid we’d be messing up.”

Moeller said there has yet to be a good process for billing a countywide system, and discussions with utility companies to play that role have yet to be productive.

Moeller said he feels the next move is to talk to other counties about how they operate their garbage pickup.

He said contact was made with another county, but that governing body brought in a private business and put the local waste haulers out of business.

“That’s what we want to avoid,” Moeller said.