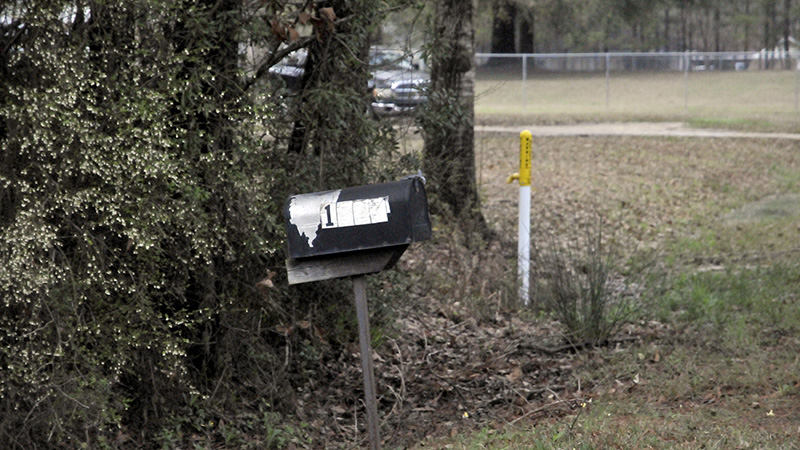 HARD TO SEE: This local mailbox used to have the address legibly presented, but time has made the numbers hard to read. Photo by Brian Graves

The Pearl River County Board of Supervisors urge residents to ensure the address numbers are prominently displayed on their homes to allow first responders to find them more easily during emergencies.

It was a subject discussed earlier this week during planning of a consolidated 911 service anticipated to take place next summer.

“I went to a medical call early this morning,” said District IV Supervisor Farron Moeller. “You know what the only problem was – no house number.”

County Administrator Adrain Lumpkin said he agreed there is a need for the numerical IDs to be displayed on a home.

“But, how do you make people do it?” he asked noting the new 911 system would be able to make up for the lack of a visual sign.

“I understand wanting to have those numbers on mailboxes to see, but some people just won’t do it,” Lumpkin said.

Moeller suggested there be “a campaign” to get people to put numbers on their mailboxes.

Lumpkin said the county has done all it can do “outside of handing out fines” noting there is an ordinance concerning the issue.

Pearl River County Ordinance 97-3 states an address number must be posted at the end of a driveway and on the structure in three-inch high reflective numbers. A private road must have a blue sign with white lettering.

The Board was also informed advertising for bids to purchase new voting machines will occur soon.

Lumpkin said the company the county was originally looking to buy the system from does not operate under a state contract. That automatically requires the county to take bids on what was estimated to be a $60,000 per year cost for five years.

He told the Board that process should be finalized by March 20.

In other business, Lumpkin said the U.S. Census Bureau intends to hire more than 100 people in Pearl River County as census takers for the 2020 cycle.

The phone number for more information or help in applying is 1-855-JOB-2020. Applications are being accepted online at 2020census.gob/jobs.

PRC School Board of Trustees recognized for efforts for…