Richardson looks back on race relations 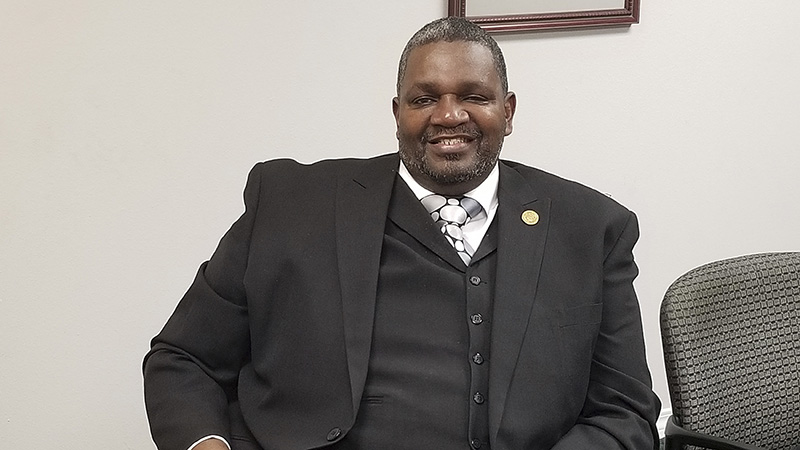 PROMOTING CIVIL RIGHTS: Rev. Jimmy Richardson, president of the Pearl River County NAACP, feels there is still much to do in the cause of reaching equal civil rights. Photo by Brian Graves

Rev. Jimmy Richardson says the mountaintop that was within the vision of Rev. Martin Luther King Jr. may never be attainable within the lifetime of this generation.

“But, it is better,” he said while having a conversation in conjunction with Black History Month.

Richardson, who has served as the president of the Pearl River County NAACP for more than a decade, said Thursday there are still civil rights issues to be addressed locally.

“Pearl River County is still a good county,” he said. “What we need to do is make sure we are committed to continue to help one another and build each other up no matter what color we are.”

Richardson said that some advances in race relations Dr. King wanted to see are there.

“There are better communications with law enforcement,” Richardson said. “We were very far apart, but we have gotten closer.”

Despite the better ties, it remains more likely that an African-American male will be searched at a traffic stop than a white male, Richardson said.

“This is not to disparage all law enforcement officers,” Richardson said. “My son worked in law enforcement. But, for some they may have a built-in stereotype they act on.”

Richardson also noted the significant drug problems prevalent in the county and around the country.

“Those problems are not just with African-Americans as some tend to believe, they are with all races,” he said. “This is a situation where we all need to come together because it affects us all.”

“Let me be clear. There is racism on both sides,” Richardson said.

“It’s not a black thing. It’s not a white thing. But from where we have come, there is still a long way to go.”

He said while the acronym NAACP stands for the “advancement of colored people,” it works toward the advancement of “people of all colors.”