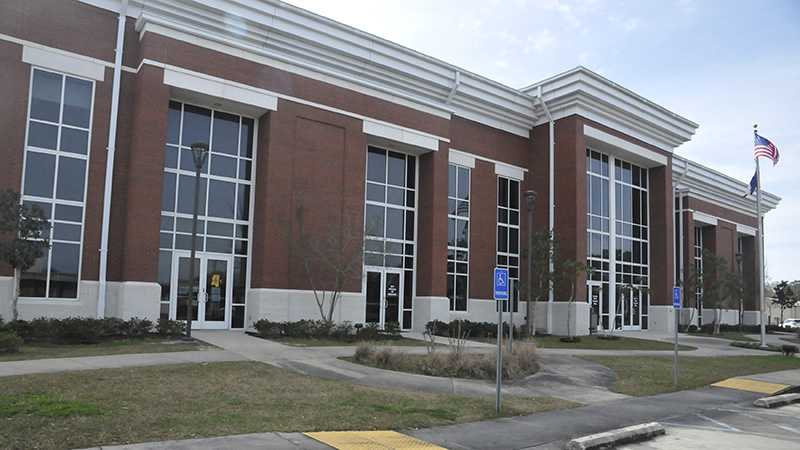 FUNDING SOURCES: Allowing the city of Picayune to use office space in the county’s Chimney Square building is one idea being discussed to help provide more funding for the Economic Development Council. Photo by Brian Graves

Members of the Pearl River County Economic Development Council interviewed what was described as “a very serious candidate” to serve as the organization’s executive director.

“He had called a couple of times, and the council decided to bring him down to meet him in person,” Smith said. “They are still looking at people. This idea is not dead yet.”

Smith acknowledged some of the first candidates requested salary requirements which would not be feasible with the $150,000 budgeted by the Board for the new council.

“I was there to be an observer for this meeting,” he added. “The council will be the one to make the call [on hiring].”

Smith said the candidate was taken on a tour of the county “and we wanted to hear his take on what he saw and what he thinks would be necessary to encourage development here in the county.”

Smith declined to make the candidate’s name public since negotiations could still be involved and he is not the only person with whom the council is scheduled to speak.

“We have a community college president and a local business person trying to find someone we can afford,” Smith said. “We feel like we have one good shot to get everybody locked in because we are going to need representatives from the private sector as well as the cities and county to get something going.

Leaders in Picayune and Poplarville have yet to commit financially to the council, Smith said.

District V Supervisor Hudson Holliday suggested one potential revenue source might be to allow the city of Picayune to use court and office space in the Chimney Square county building.

“Now that we are building the new county courthouse annex, the space would be there that would keep the city from having to build new courtrooms and office space for the police department’s detective division,” Holliday said.

“That could free up their budget to be able to be a more active participant.”

Smith said he would be reluctant to give up the office space, but discussions among the Board need to continue on the issue.

Holliday said getting an active and vibrant economic development representative for the county “is essential to moving this county forward.”

“We have to have somebody who works here every day,” he said.