Board of Supervisors updated on status of county bridges 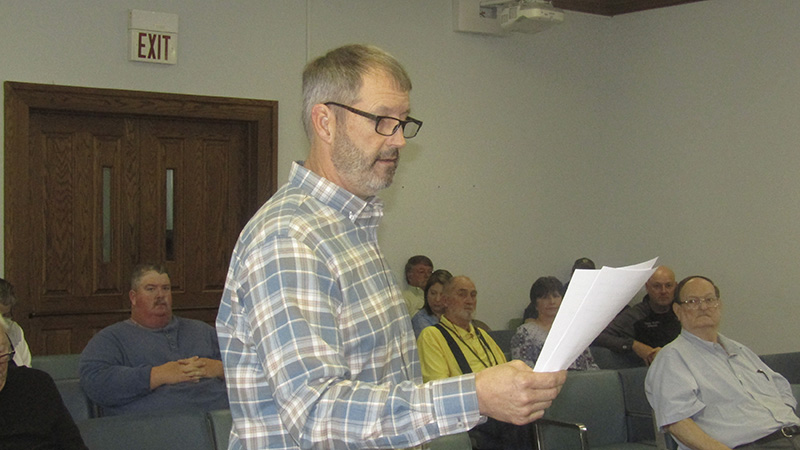 MORE TO FINISH: County Engineer Les Dungan describes the progress being made in efforts to upgrade the county’s bridges during Monday’s Board of Supervisors meeting. Photo by Brian Graves

County Engineer Les Dungan said he is optimistic all county bridges will remain open for the rest of the year as some have now been brought up to par and others are ready for their upgrades.

Dungan’s report was presented to the Board of Supervisors during Monday’s meeting concerning the county’s handling of the statewide bridge crisis that began in early 2017.

He said the problems developed because of a change in the way timber components are condition-rated and noted 38 of the county’s bridges are still supported by timber pilings.

Of that number, 11 of the county’s 144 bridges have now been replaced using $3.1 million in state and federal funds.

“I think it’s significant the county was able to pursue and obtain outside funding to replace those 11 bridges,” Dungan said.

Two bridges are currently under construction using $1.2 million in state aid and eight are scheduled for replacement with a total of $4.25 million in state funds in place for those projects.

Dungan said the county should be getting a memorandum of understanding from the state to receive those funds in a few weeks.

“Once we receive that, we will be ready to advertise,” he said.

Three bridges remain open as the county awaits the start of construction using $555,000 in state funds and $175,000 in county funds.

Dungan said one bridge, located on Old Highway 26, has been closed for approximately 20 years and is likely to remain that way.

“We probably should take it off of the inventory,” he said. “I don’t know that it will ever be reopened.”

Thirteen bridges in need of repairs await funding, which is not available at this time to perform the necessary upgrades.

Dungan estimates the county will need about $6.5 million to repair and replacethose bridges.

“I am hopeful this emergency bridge and road fund will be continued and not just be a one year program,” Dungan said. “If it is continued, we should be able to apply for and receive funds to assist with work on those 13 bridges.”