A life of restoring the past 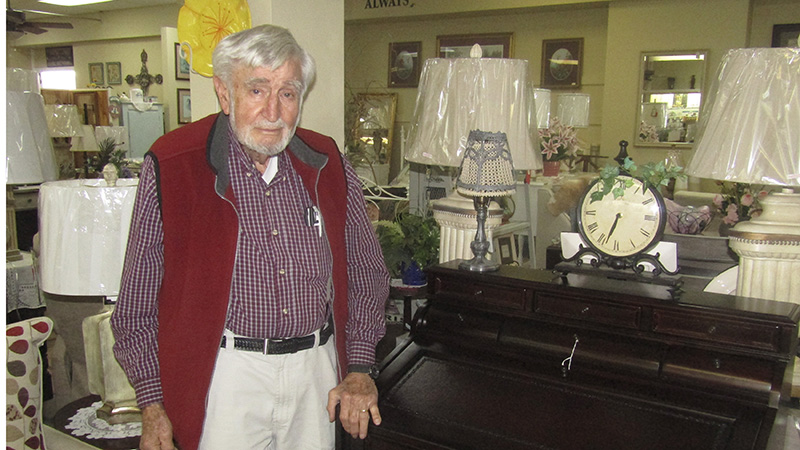 For the past 20 years, his focus has been on preserving the past.

Edwards has spearheaded the renovations of more than 28 houses over the last 20 years.

He retired in 1988 from NASA after installing computer systems all over the world.

“I just kind of got tired of running around,” Edwards said on the eve of his 87th birthday.

“I sold some stuff that belonged to my mother and dad and then got involved into antiques – they were pretty much in demand at the time,” he recalled. “And, it was fun.”

Edwards did not know anyone in the field, but he says they must have gotten to know him.

He said he likes seeing the old houses get “resurrected” and given a new life while preserving a piece of local history.

“We only have one house in Picayune which is on the National Registry of Historic Places,” Edwards notes. “We’ve got some houses that are 100 years old and older.”

“All of these houses have a history,” Edwards said. “The 1907 house was so rundown and dilapidated, many thought it was haunted and they would cross the street to go by it.”

He said it never crossed his mind to make money from doing the restorations.

“I just enjoyed doing it and see the changes – scrape the old paint and resurrect the house making it look good,” Edwards said. “It really is a resurrection in some cases because some are so far gone.”

He said it is a combination of the age, the story, and the current condition that has guided him to embark on his projects.

Edwards said he sees how the construction techniques and the materials were much better in the past century.

“With a nail gun, you punch a nail through the wood and it goes through it at such a high rate when you start to back it out it will finally start to give way,” he explained. “You can then take your hand and wiggle it out. It doesn’t have the same holding power as hitting it in a bit at a time.”

He added that the way wood was processed then caused a much stronger wood to be used in construction.

Edwards downplays the many awards he has received for his work and says he does not have any new projects on his radar.

“I do think there is hope the next generation will understand the importance of preserving our history,” he said.

“It is a generation of ‘right now,’ but things run in cycles. I believe they will be there to make sure these memories don’t disappear.”