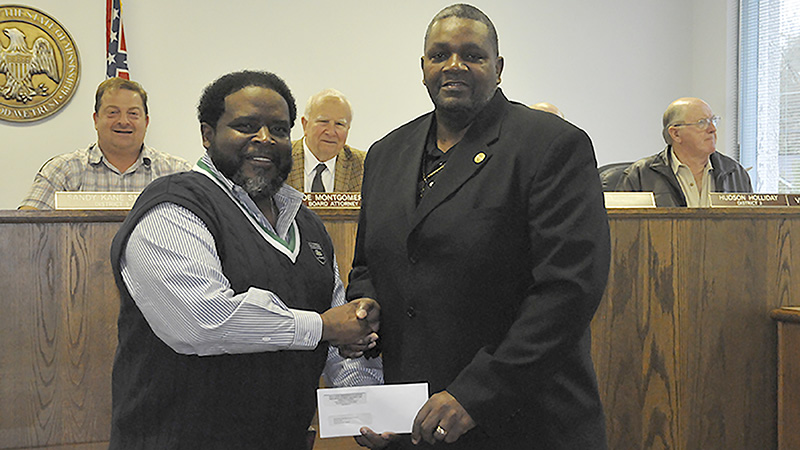 A new, consolidated 911 emergency call center could be in operation by early this summer.

Cary Metzler, who is serving as a technical consultant for the project, told the Pearl River County Board of Supervisors that “everybody is on board,” during Wednesday’s meeting.

He said meetings with the involved entities and vendors are continuing.

“There are good vibes right now,” Metzler said. “There are five firms (who provide the technologies needed) who are very interested in working with us.”

He said one of the situations which appears to have been solved is the “difference in terminologies between the sheriff’s department and the police department” on their identification methods.

“They need one consistent method and [the police department] is willing to change theirs to conform with the sheriff’s department,” Metzler said. “That is a very good move.”

All of the departments are now being brought in to ask questions of the potential technology vendors.

“There will then be follow-up meetings where the vendors will do demonstrations,” said County Administrator Adrain Lumpkin. “We want to make sure everyone has had a chance to make sure what we get finally get will fit their needs.”

Metzler said one of the determinations of when a new center might open is location.

“I am 99.9 percent sure it will be at Chimneys Square,” Lumpkin said. “We have the space and we won’t need a tower. It has fiber optics already available.”

One of the concerns Lumpkin brought up concerned the type of mapping system that technology might use.

“We have the best road maps there are,” Lumpkin said. “Bing isn’t accurate. Google Maps aren’t accurate. Ours are the most accurate. If they can’t use ours, I don’t want them.”

He added there are some of the potential vendors who are able to program their systems with the county’s own maps.