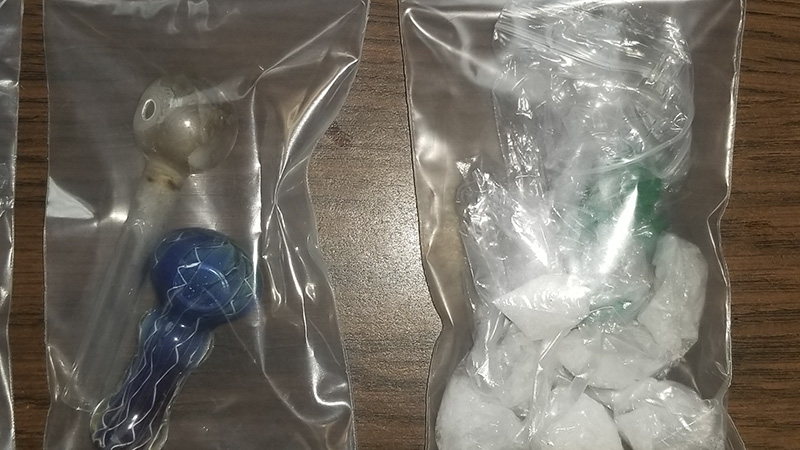 NOT FOR SALE: The contraband pictured above was confiscated from a female shoplifter earlier this month. She is accused of taking a $10 pair of shoes from a local retailer. Photo submitted

A report of shoplifting at a local retailer led police officers with the Picayune Police Department to find a woman in possession of methamphetamine.

Officers were sent to the local retailer just before 10:30 the morning of Jan. 2 in reference to a woman being seen taking shoes from a store without paying for them, according to a report filed with the department.

When the officers arrived, they found the woman fitting the description given by the store’s employee, and questioned her, later finding out that she had the stolen shoes on her feet. The report states the shoes were valued at $9.98.

Further investigation into the suspect’s actions, identified as 32-year-old Mary Rushing of 113 Villa Lane, Picayune, determined that she also had methamphetamine in her possession that had been separated into seven smaller bags along with a pipe, the report states. Also in her possession were 11 empty plastic bags that had been altered to hold a smaller amount of a substance.

Rushing was then placed under arrest for shoplifting, possession of a controlled substance with intent to distribute and possession of paraphernalia, the report states.