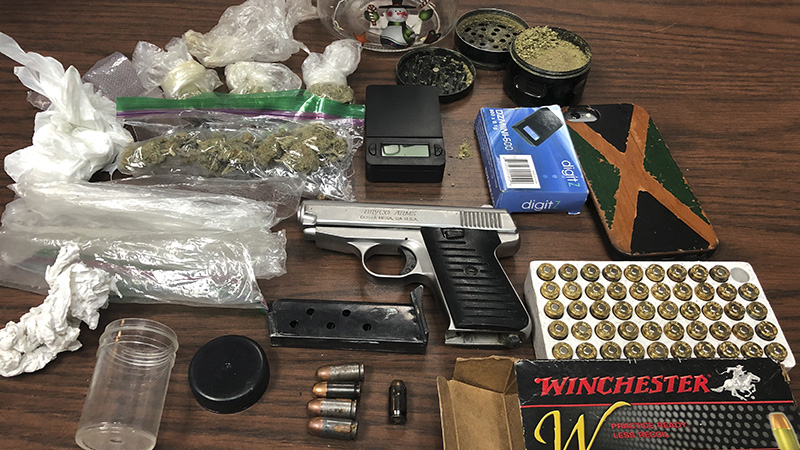 EVIDENCE: Above is the evidence collected during a search of 25-year-old Gabriel Wiley during a recent safety checkpoint conducted by Picayune Police officers. Submitted photo

A Pearl River, La. man was arrested for drug related offenses by officers with the Picayune Police Department during a routine checkpoint.

As the officers spoke with Wiley, they could detect the odor of marijuana coming from inside the vehicle and also noted that he could not provide proof of insurance and the tag light was not in working order on his vehicle, leading to a search of his vehicle, according to a departmental release.

Officers requested that Wiley submit to a field sobriety test, but he refused, the release states.

Wiley was arrested for possession of a controlled substance with intent to distribute while in possession of a firearm, DUI refused test, no insurance and no tag light, the release states.