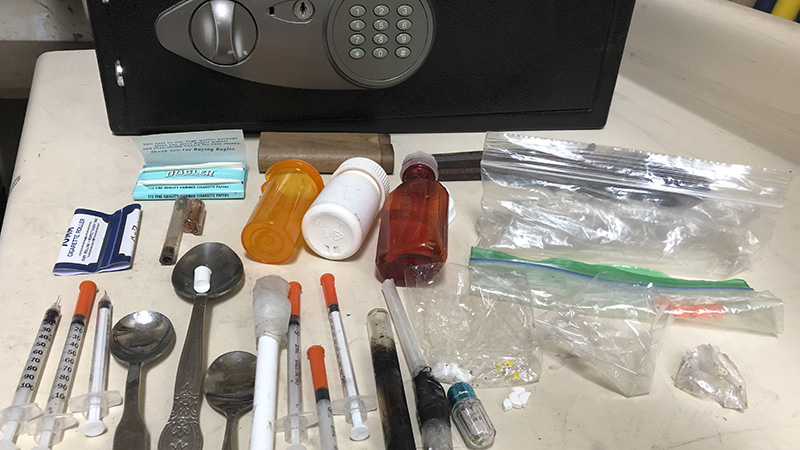 EVIDENCE: Above is some of the contraband found by detectives with the Picayune Police Department during a search of a home on Bender Street. Submitted Photo

A couple of suspects were arrested by detectives with the Picayune Police Department’s narcotics investigation division after the department received community complaints of suspected drug distribution at a home on Bender Street.

The arrest took place on Nov. 20, just after 4 p.m. when detectives served a search warrant at a home located at 1400 Bender Street in the city. The warrant was obtained after the department received several complaints that alleged drugs were being distributed from the home, the release states.

During the search, the detectives found two people asleep in the master bedroom of the home, identified as 23-year-old Houston Thomas Powe and 27-year-old Rachel Pattylo Reilly, both of 1400 Bender Street.