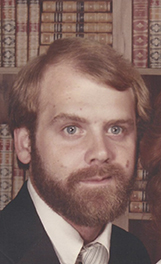 Graveside Services will be 1:30 p.m. Sunday, September 9, 2018 at Memorial Gardens Cemetery. A Reception will held at 2:00 p.m. at the Senior Center, 45 El Patch Parkway, Picayune, Mississippi.

He will be missed by his family and friends.

Arrangements are under the directions of Picayune Funeral Home. You may print the obituary notice or add a condolence at picayunefuneral.com.