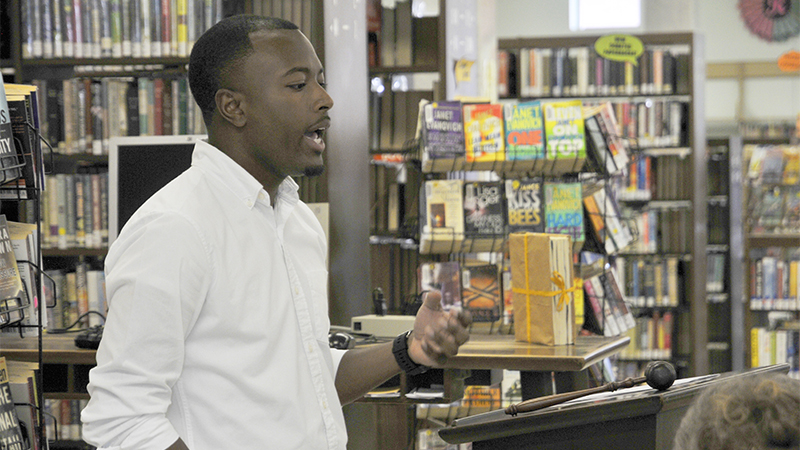 State Senator Angela Hill began her presentation by congratulating the Pearl River County School District for achieving the rank of 2nd in the state pertaining to eighth grade reading scores and for the voters passing the Distrcit’s bond referendum. She then spoke about testing, teacher shortages and funding.

Hill said there is currently a teacher shortage across the state. Several years ago, 7,000 or more students graduated with degrees in education every year. Now, that number has dropped to around 700 a year, Hill said. She said one of the reasons the numbers dropped is that there aren’t enough incentives to attract good, qualified teachers.

Administrative pay has skyrocketed over the past ten years, while teacher salaries have plummeted, Hill said. Fifty years ago teacher pay equaled 60 percent of all money spent on education. Now, that percentage has dropped to less than 30, she said. The last statewide raise teachers received was in 2014, and Hill said she and many others fought hard to make that a reality.

In addition to lower pay, teachers are also expected to do more for a lower salary, Hill said.

“It’s not just pay – we have to be concerned about the morale of teachers,” Hill said.

After Hill spoke, Mississippi House of Representatives for District 110 and Congressional Democratic nominee Jeramey Anderson spoke. He said the Legislature’s philosophy needs to change if education is to improve in Mississippi, Anderson said. He said he is concerned that high-performing schools are receiving a disproportionate amount of funding, while schools that need help aren’t getting enough support to improve.

Many low-income schools also have extra restrictions placed on them, so teachers have to work harder for even less money. Anderson said he wants to work toward an education system that funds every school fairly and that allows teachers to have freedom in their classroom.

After Anderson spoke, Representative for District 108 Stacy Wilkes said she is working to change how educational funds are spent. She said she wants to shift control of the Department of Education from the Board of Education to the Governor. She said there’s a lot of wasted money that could be better spent to help teachers and improve classrooms.

Just recently, over $800,000 was spent on a program that was never implemented, Wilkes said.

She said she wants to look into revising the funding formula so that it’s based on enrollment rather than attendance. She said this would make it easier for schools to plan in the future.

Board of aldermen discuss personnel matters at special meeting