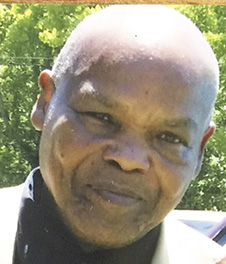 And I heard a voice from Heaven saying unto me write: Rev. 14:13

Mr. Philip Carl Thomas was the second child of the late George and Jimmie Lou Thomas born September 22, 1948 in Picayune, Mississippi. He entered into eternal rest on September 24, 2018.

Philip graduated from George Washington Carver High School with the class of 1965. He received his Bachelor of Science Degree in Music from Mississippi Valley State College in 1970. Philip was a Band Director for a short period of time before being drafted in the

United States Army that same year. After being discharged for the Army, Philip moved to Rochester, New York where worked as a substitute teacher before moving back to Picayune, Mississippi.

Philip accepted Christ as his Personal Savior at an early age and united with St. Matthew Baptist Church.

Philip was preceded in death by his sister and brother- in -law, Georgia and Alexander Sims; nephew Niles Anthony Sims.

Visitation will be one hour prior to service. Interment will be in the Picayune Cemetery with Military Honors.