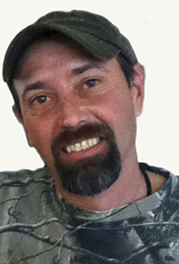 A native of Carriere, MS, he spent his early years as a farm hand.

Mark was also a roofer and a mechanic. He was a member of First Baptist Church of Carriere.

Mark was a woodsman who enjoyed living off of the land and treasure hunting, collecting antiques, and spending time with his children and grandchildren. He was a loving father, Pawpaw, brother, uncle, and friend, who will be truly missed by all who knew and loved him.

He was preceded in death by his father, Mike Connor Smith.