Board of Supervisors discuss ADA compliance and 911 accessibility 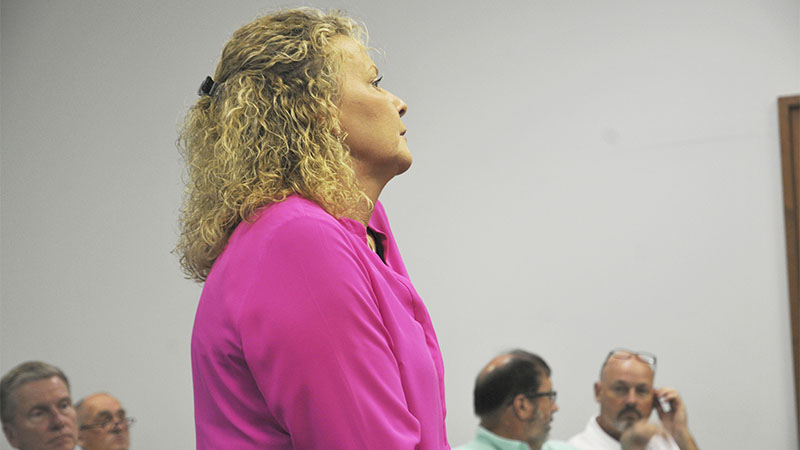 Circuit Clerk Nance Stokes provides the Board of Supervisors with information about ADA compliance in regard to county-owned polling places. Photo by Leah McEwen

During Monday’s Board of Supervisors meeting, matters concerning Americans With Disabilities Act compliance at polling places, 911 accessibility and animal control were discussed.

Circuit Clerk Nance Stokes came before the Board to give an update on HAVA grant money, which will only be available after all county-owned polling places are ADA compliant. She said the county will have access to over $700,000 in grant funding once these changes have been made, however there is a process to receive the money.

First, the county will need to conduct a survey of all polling places and submit paperwork detailing the work needed to make the facilities compliant. Once that work has been approved and the facilities are ADA compliant, another survey will be conducted. The final survey can be used to request reimbursement for any costs.

She said the money will not be available unless the work has been completed using county funding.

The Board asked County Engineer Les Dungan to inspect the precincts and submit the initial survey to get the project started.

Debbie Benoit with the Juniorette Diamonds came before the Board to request authorization to conduct a community service project. She said when people move to a new home, they often don’t register with E-911, meaning emergency personnel don’t know where that person lives and what their particular medical history might be. In addition, if a person calls 911 and can’t get to their door to open it, emergency personnel may not have access to the patient.

To fix both issues, Benoit said the Juniorette Diamonds group wants to hold a campaign and fundraiser to encourage people to register with E-911. Funds raised will be used to purchase key lock boxes that could be attached to a home for easy access to emergency personnel and would only be accessible via a special combination.

She said this project would give medical personnel more access to a particular home during an emergency.

“I know what it’s like. You get a call about someone with chest pain and you hope it’s the right door but they’re not answering. Two minutes can seem like an eternity. I think we’re all on board with this,” Supervisor Farron Moeller said.

In other matters, Animal Control Officer Danny Slade informed the Board that he and several others who work closely with animal control are devising a way to increase the space for stray animals. He said the SPCA is almost always full, so when he gets a call about a stray animal, he can’t take it in.

Slade said he wants to invite representatives from Hancock and Stone County to a meeting to see if they can implement a central location where animals can be brought when local shelters are full.

“We’ve got so many loose dogs in Nicholson. I could go there today if I had the man power and pick up a hundred dogs. I want to see what we can do to help improve our situation,” Slade said.

Slade said a man he works with is a grant writer, so he is confident they could get the necessary funding for the project.