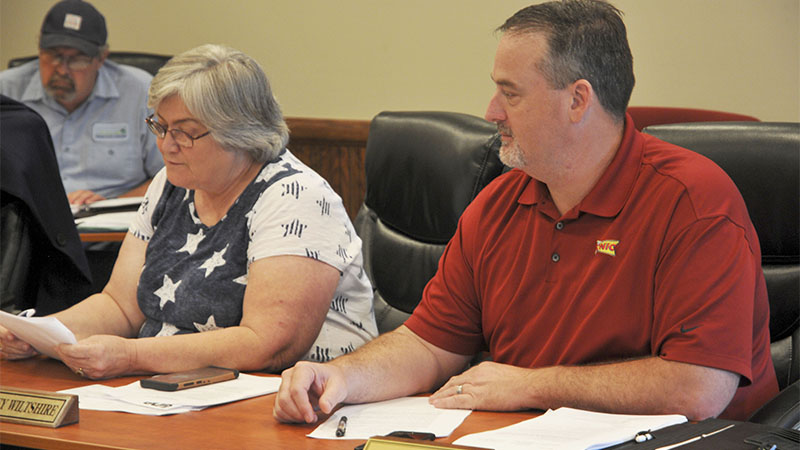 An event request for the City Square Park was put on hold at the previous meeting until further discussion could be had about park policies. City Clerk Jane O’Neal said she and City Attorney Manya Creel Bryan have since been working on a list of policies to present to the Board. O’Neal said they will be contacting a few other municipalities to see what policies they have in place to use as a foundation.

While the original event request was for December, several Board members expressed concern that someone would want to use the park before that. With holidays such as Halloween coming up, there isn’t much time to write policies and put them into place, Mayor Rossie Creel said.

“We need to move on as quickly as possible as far as policy goes so we can start having events there. That’s what we built it for,” Creel said.

After the Board’s discussion about the park, Engineer Jason Lamb came forward to discuss potential infrastructure funding. He said several bills recently passed that involve funding, one of which includes distribution of Internet sales tax to municipalities. He said this tax has been allotted specifically for infrastructure work.

Lamb said that in order to receive the additional funding, the city will need to show proof of work done over the past five years to build or improve infrastructure. The more the city has spent, the more they will receive. Those figures cannot include bond money.

Allotment of taxes would be based on the four years with the lowest expenditure, Lamb said. The money would likely not be distributed until sometime in 2020.

“There are a lot of things that are still up in the air,” Lamb said.

Alderwoman Anne Smith said she hopes the funding comes through sooner, rather than later to help with city projects. Lamb said it will be best to go through the budget year and see how things come to life, rather than expecting the money before it actually does.

Just before the meeting came to a close, local resident Charlie Schmitz spoke to the Board to announce two upcoming events that will be held in honor of the centennial anniversary of World War 1.

He said on Oct. 22, there will be an event at the Brownstone Center for the Arts at Pearl River Community College. A band will be playing traditional music from the early 1900s and the 14 Pearl River County residents who died during the war will be recognized.

The next day, there will be a short parade through the city that will end in front of the Poplarville war monument. More information will be given about the 14 fallen soldiers, period cannons will be fired and a short ceremony will be held at the Poplarville City Cemetery for the three soldiers whose bodies were returned to Poplarville.