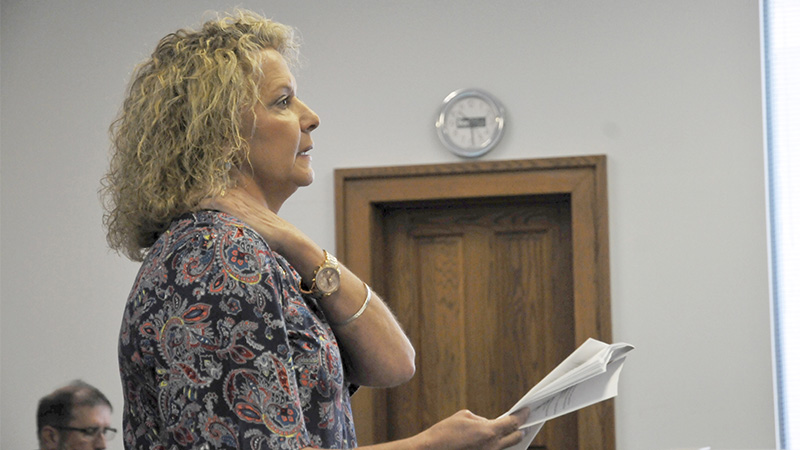 Wednesday, the Pearl River County Board of Supervisors discussed Americans with Disabilities Act requirements, sending staff to a conference at the Whitehouse and tax collections.

Tax Assessor Gary Beech came before the Board to say his employees have been dealing with several threats lately. Beech said one woman threatened an office worker after the worker informed her that her taxes had not been paid. In the field, workers moving from house to house have had guns pulled on them twice in the past month.

“We’ve had an exciting couple of weeks,” Beech said.

Emergency Management Director Danny Manley requested the Board approve a motion to execute the State Mutual Aid Contract. Manley’s request was approved and the contract was signed by President Sandy Kane Smith and Board Attorney Joe Montgomery.

The Board also passed a motion allowing the Henleyfield Volunteer Fire Department to apply for the Rural Fire Truck Acquisition Assistance Program to help the department pay off a fire truck.

After Manley spoke, Circuit Clerk Nance Stokes requested the Board approve a resolution from the Pearl River County School District requesting a special election. She said that when the School Board would decide when to hold an election previously, state laws mandated they hold the election during the general election. However, since the law recently changed, this election has been categorized as a special election, she said. Future school board elections will be held on off years, she said.

This year, the special election will be held along with the general election on November 6. Candidates have until Sept. 7 at 5 p.m. to qualify, Stokes said.

Stokes said the Board will soon have to complete an ADA checklist and certification for each polling place to ensure they are handicap compliant. She said someone with special training will need to do this, since there are very specific requirements that need to be met with ramp access, door width, bathroom accessibility, etc. She said the checklist is ten pages per precinct. Stokes said if these regulations aren’t met by May of 2019, the County could be met with fines.

A member of the audience brought up the fact that several of the precincts are located in private venues such as churches and asked whether they would need to be inspected as well.

Stokes confirmed that all precincts – whether they are on public or private property – must meet ADA requirements and will have to make any necessary changes to meet those requirements.

Near the end of the meeting, Supervisor Hudson Holliday mentioned that he had received a letter requesting county representatives make an appearance at a conference at the White House on Sept. 18.

Smith said he had also received that message, but thought at first that it wasn’t real. County Administrator Adrian Lumpkin said the opportunity is for representatives from Mississippi and Texas to travel to the White House to meet with staff on Sept. 18. He said it is not going to be open to each individual state, rather, state representatives are invited in on a certain schedule.

“I think we need to go ahead and get the travel approved. At first it didn’t seem to be real – it seemed too good to be true – but I think it’s an important opportunity,” Smith said.