Proposed budget in Poplarville does not require increase 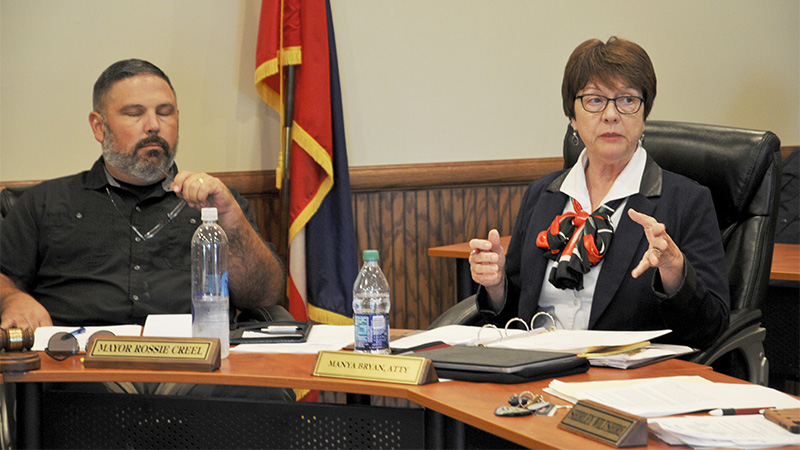 The Poplarville Board of Aldermen discussed the next year’s budget, street direction changes and grants during Tuesday night’s meeting.

Near the beginning of the meeting, the Board held a public hearing during which City Clerk Jane O’Neal presented the proposed budget for the upcoming fiscal year. The total revenue budgeted for the general fund is $4.3 million, the revenue from the water and sewer enterprise fund is $2.4 million, the revenue from the police forfeiture fund is $31,000 and the budget for street repairs capital projects is $1.2 million. After expenditures and investments were taken into consideration, the budget was balanced.

O’Neal said the Board is expected to accept the budget on Sept. 4. She said there has been no increase in the budget from the previous year.

During the meeting, Engineer Jason Lamb brought up a cost sharing opportunity to improve the drainage on S. Haynes Street. The United States Department of Agriculture agreed to award a grant for the project under the stipulation that the cost was shared.

A motion was passed to move forward with the project.

On another note, Lamb discussed the city’s plan to change Railroad Street and East Erlanger Street from two-way streets to one-way streets. The change was made as part of safety recommendations in regard to the new City Square Park, Lamb said. O’Neal said the Board will need to go through the proper public announcement process to make the public aware of the change.

Alderwoman Shirley Wiltshire said she was also concerned about West Erlanger, as vehicles can legally park on either side of the road – making it only wide enough for one car to pass. She said she would recommend the portion of West Erlanger from Main Street to Julia Street be changed to one way as well.

Alderman Tony Smith asked Lamb if he would go to the location and inspect the road to see if the change should be made.

A motion was passed to redirect Railroad Street and East Erlanger Street to one-way. Lamb said he would make his recommendation in regard to West Erlanger at the next Board meeting.

In a separate matter, Board members granted Police Chief Butch Raby authorization to apply for the 2018 Mississippi Homeland Security Grant. The grant could be used to purchase 12 tasers, 12 body cameras and two pickup trucks, Raby said.

The Board denied a request from Woodman of the World to have another opportunity to meet with department heads and their respective employees about the company’s insurance services and products.