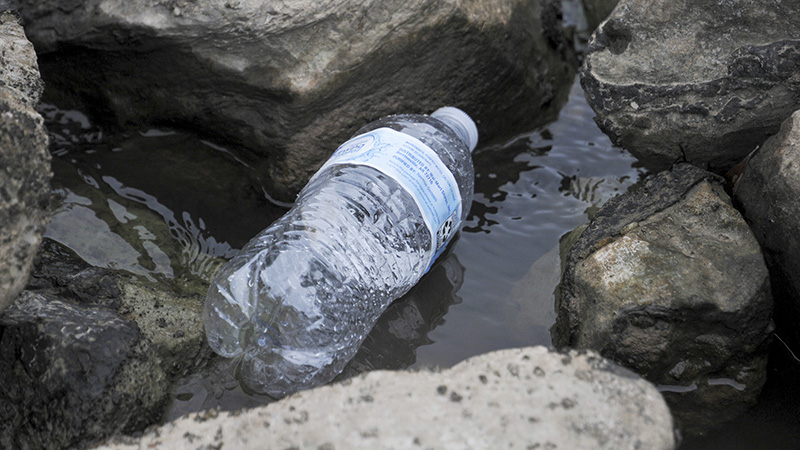 CLEANING THE WATERS: A Pearl River Clean Sweep crew will gather at Walkiah Bluff Water Park to clean trash on Sep. 22 at 8 a.m. The Pearl River Keeper website offers registration for the Walkiah Bluff location and several others. Pictured is a discarded water bottle found in the Pearl River. Photo by Leah McEwen

The Pearl River Clean Sweep, in conjunction with the Pearl River Keeper, will hold events on Sept. 15 and 22 to remove trash along the Pearl River. There will be more than 30 different locations across multiple counties to choose from.

Program Organizer Jessica Gauley said the event will be on Sept. 15 and Sept. 22 from 8 a.m. until about noon. Free kayaks or canoes will be available to use for free for those who want to pick up trash in the water. There will also be motorboats people can ride, or trails along the edge of the river for those who don’t want to be on the water, she said. Participants may also bring their own boats.

There is a short route for those who only have one or two hours to spare, or there is a longer route for the more adventurous participants who want to spend the full four hours on the water.

Gauley said one of the closest locations for Pearl River County citizens is in Pearl River, La. on Sept. 22. Volunteers will be given wristbands and will be provided with a free lunch of hamburgers, hot dogs, coleslaw and potato salad after the event. A free after party will be held from 1 to 4 p.m. at the Pearl River Swamp House after the cleanup and will feature several wildlife organizations, a petting zoo, bounce houses and horse rides, Gauley said. The event is free and open to anyone who would like to attend, she said.

There will also be a team at Walkiah Bluff on Sept. 22, she said. Most of the other locations will have people meet up on Sept. 15, if anyone would rather attend the earlier event, Gauley said.

Gauley said this is the seventh year the event has been held in Pearl River, La., but only the second year it has been held on a wider scale in Mississippi. She said last year volunteers held a friendly competition to see who could collect the most trash. The Bogalusa team won with nearly 7,000 pounds of trash collected, Gauley said.

Interested parties can register online at pearlriverkeeper.com for any of the locations. For those interested in registering, specifically for the Pearl River or Walkiah location, Gauley can be reached at 985-290-0002.