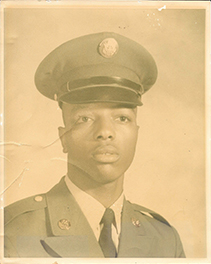 Jimmy Dale Osbin, 68, passed away peacefully in his sleep on Monday, August 13, 2018 at his home in Picayune, Mississippi.

Jimmy was born September 27, 1949 to the late Dewey and Johnnie (Trust) Osbin in Carriere.

He graduated from Pearl River Central High School. On June 17, 1976, he married Telester Stewart in Picayune. Jimmy served in the United States Army during the Vietnam War with the 173rd Assault Helicopter Company as a mechanic and gunman. He was honored with the Purple Heart during his service.

After serving his country, he returned home to begin learning the trade of carpentry under his father. He became well known for his work, which he loved. He also enjoyed running his mouth, playing dominoes with friends, and spending time with grandchildren.

Jimmy is survived by his wife, Telester, of 42 years, his daughter, Nikki (Corey) Sampson of Picayune, his son, Jimmy Jamal Osbin of Picayune; four granddaughters, Kayla, Kyla, Jovianna, and Janacea; two sisters Charlotte Osbin and Joice Osbin both of Jackson, MS; two brothers Herman (Frances) Osbin of Picayune, and Clarence (Aquanetta) Osbin of Carriere, and as well as many nieces, nephews, other relatives and friends.