Car chase leads to seizure of $10,000 of marijuana 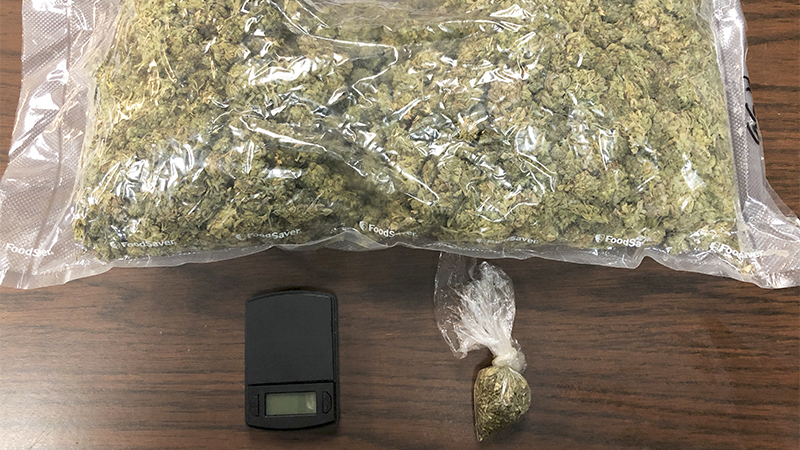 Assistant Chief Jeremy Magri said this marijuana is called “Gorilla Glue” and is worth more than 5x the typical substance. Approximately $10,000 worth of the narcotic was seized on Tuesday. Submitted Photo

A car chase through Picayune on Tuesday resulted in a drug-related arrest and the seizure of nearly $10,000 of marijuana.

According to a developmental release, on Aug. 21 at nearly 2 p.m. Picayune Police Narcotics detectives were proactively patrolling the city when they saw a gold Toyota Corolla run a stop sign at the intersection of the exit one ramp and highway 11 south. Detectives turned on their lights and tried to stop the car for running a stop sign, the report states. Instead of yielding, the driver of the vehicle sped up and tried to get away from the detectives.

Detectives followed the vehicle north on highway 11 where it nearly hit several other drivers and ran several vehicles off the road, the release states. The driver continued to speed down the highway until it turned west onto Martin Luther King Boulevard. Detectives continued to follow it until it turned onto Betsy Drive. From Betsy Drive, the vehicle turned onto Jackson Landing Road. According to the release, the vehicle swerved off Jackson Landing Road and sped through several lawns until it returned to the road on Davis Street, where it almost hit several parked cars.

Detectives pursued the vehicle down several more roads until the driver sped off of Herrin Drive and through a lawn – when it hit a shed in the residence’s back yard, the release states.

The suspect, identified as Malcom Barnes, 27, 823 Herrin Drive, Picayune, jumped out of his vehicle and began to run through the woods, the release states. While detectives were chasing him, they realized he was holding a large plastic bag of a green leafy substance they believed to be hydroponic marijuana. According to the release, Barnes allegedly threw the bag of narcotics on the ground – where detectives retrieved them. Barnes continued running until he was finally apprehended at the intersection of Rosa Street and Toquet Street, the release states.

Barnes was arrested for two counts of possession of a controlled substance with intent to distribute, felony failure to yield to an officer’s signal, reckless driving and running a stop sign.

According to the release, approximately two pounds of marijuana were seized. The street value is estimated at $10,000.