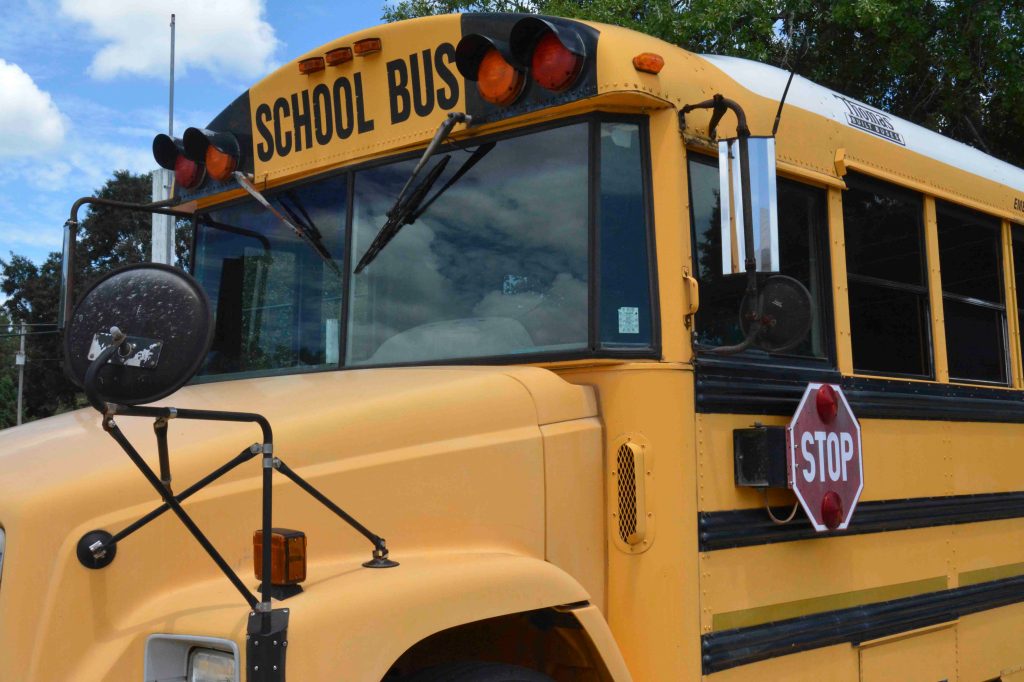 With the beginning of the new school year, transportation directors at the Picayune and Poplarville School District urge motorists to keep a safe distance from school buses and exercise caution at all times. Photo By Mrudvi Bakshi

Monday marked the beginning of the new school year for many children in Pearl River County, meaning school buses and inexperience teenage drivers are now on the roadways.

Picayune School District Transportation Director Betty Jo Peterson recommends that local residents will want to leave their homes a little earlier to ensure they have ample time to reach their destinations due to the increased traffic and delays associated with children loading onto and unloading from the buses.

Peterson suggested that more experienced drivers compensate for teen drivers by being aware of their surroundings and driving defensively.

Motorists will also want to pay attention to the warning system on school buses that indicate when a bus driver is preparing to stop to pick up and drop off children, she said.

Bus drivers usually turn on the yellow warning light 200 feet before they intend to come to a complete stop so other drivers know that they need to slow down.

Approximately 1,700 students ride one of a fleet of 46 regular buses and three special needs buses daily within the Picayune School District, she said.

“No matter what’s going on in our daily lives it is not more important than the safety of our children,” she said.

Culpepper said the District’s bus drivers employ hand motions to alert students when it is safe to cross a road when getting on or off the bus.

Each bus is also assigned a bus leader to ensure safety measures are practiced at all times, she said.

Culpepper said the District has 72 buses that run a total of 25 routes. Each bus picks up 50-70 students daily.

She urges motorists to be courteous to school bus drivers and always prepare to stop whenever the yellow lights are activated.

Passing a stopped school bus that has the stop sign extended and red lights flashing is illegal in the state of Mississippi and can incur a fine of $350 to $750 and possible imprisonment for up to a year on a first offense, according to Mississippi code 63-3-615.