Train was used to promote Mississippi 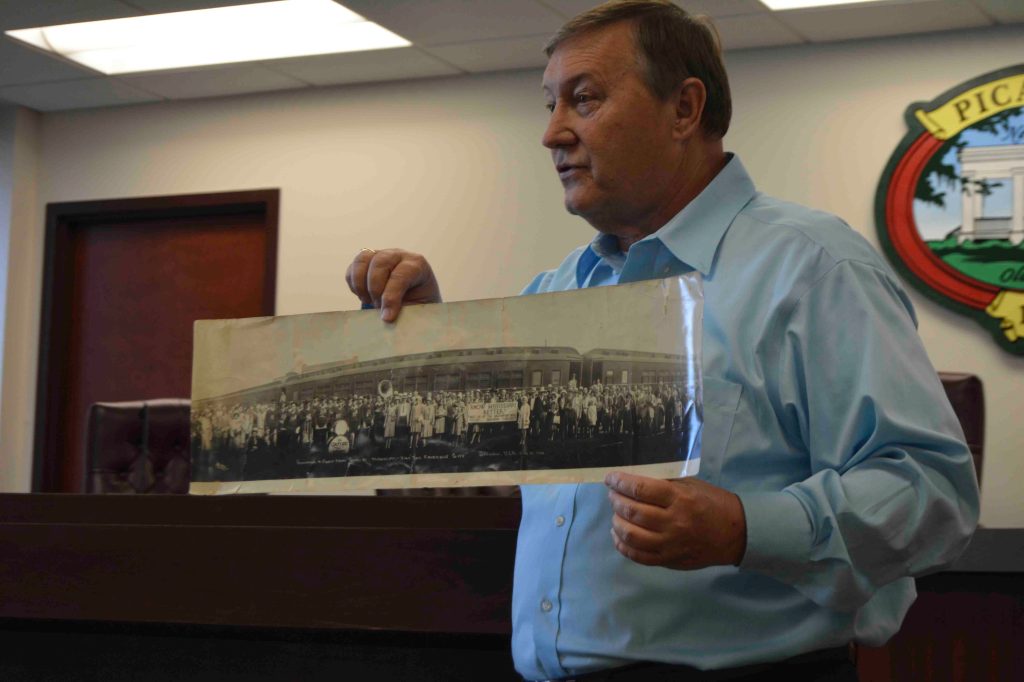 City Manager Jim Luke spoke to members of the Pearl River County Historical Society about the “Know Mississippi Better,” that played a key role in attracting more business to the state. Photo By Mrudvi Bakshi

On Wednesday, Picayune City Manager Jim Luke spoke to members of the Pearl River County Historical Society about his research into the “Know Mississippi Better” Train and its significance in the history of the state.

Luke said his interest in the train started with the discovery of pictures of his grandfather, James Irvin Luke, whom he believed had been on the train. The train was an effort that started in 1924 to promote the state and change previous conceptions that Mississippi was adverse to newcomers.

The photo he found of his grandfather showed him in front of the train that departed Jackson on August 13, 1930.

His research showed that back before 1924 Mississippi had a law in place to discourage the immigration of people and industries.

This changed after the appointment of the 41st Governor of the state, Henry Lewis Whitfield, who aimed to abolish the laws that hindered growth in the state, Luke said.

Luke said the intention was to promote the state and attract more business. Whitfield gave then lieutenant governor Dennis Murphree the authority to hire individuals that would promote the state.

Murphree then conceived the idea of the “Know Mississippi Better” train that ran for about 20 years except in times of war and transported 200 of the most prominent people to be ambassadors who would speak about the state’s various resources and opportunities.

“They would have exhibit cars which would have anything produced in Mississippi… anything to sell Mississippi to folks who had never been here,” he said.

This train had a total of 14 cars that included two exhibit cars, nine Pullman cars, two dining cars, a sun parlor and an office car, according to a statement by Luke. The exhibit cars featured the state’s resources in manufacturing, agriculture, public health, and education.

He said his research into the train led to further interest whether anyone from Picayune and Pearl River County used the train to promote the county and city.