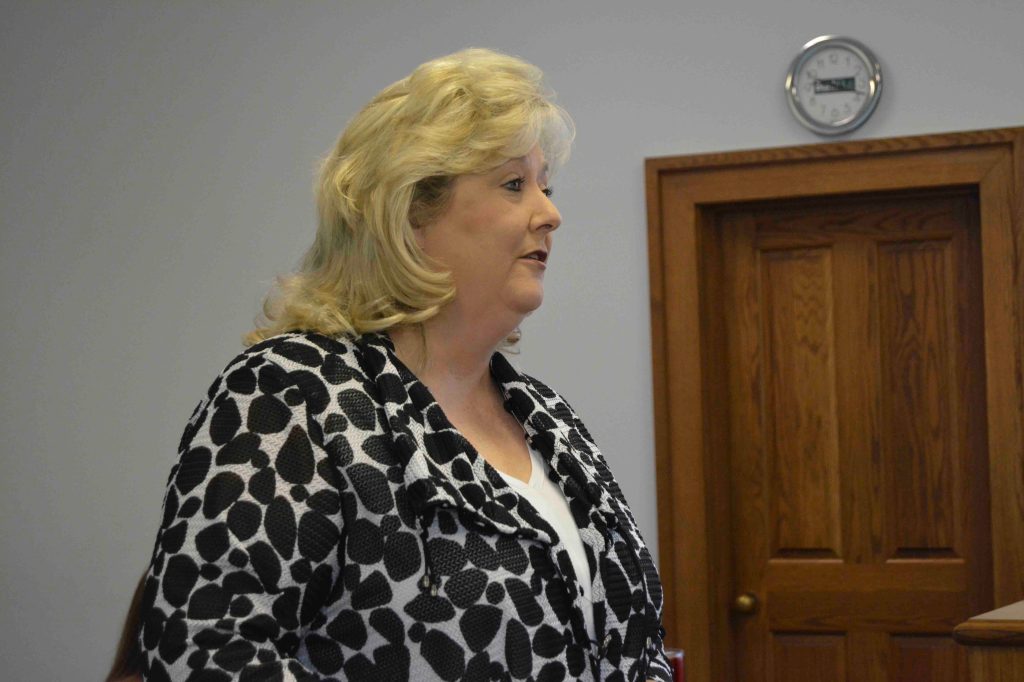 The Board adopted a memorandum to establish a youth court parent representation program as requested by Richelle Lumpkin(pictured above). Photo By Mrudvi Bakshi

During Wednesday’s Pearl River County Board of Supervisors meeting, Annie Jackson, program director at South East Mississippi Children’s Center in Hattiesburg requested a $2,000 donation to the shelter to assist in the cost of the center’s operations.

Jackson said the center, located in Hattiesburg, is the only shelter in Southeast Mississippi dedicated to serving children who have been physically or sexually abused or have run away from their homes. She said children stay at the shelter for up to 45 days and are provided with food, shelter, clothing and any necessary medical examinations.

The Board decided to take the matter under advisement.

Lumpkin said that in order to establish the program, the Board will have to acquire funds from the Annie E. Casey foundation, which is focused on improving the well being of children.

She said the foundation has agreed to assist the Pearl River County court system monetarily if the Board approves the memorandum.

Once received, the money will be used to reunite parents with their children more quickly, Lumpkin said. The Board passed a motion to adopt the memorandum.

In a separate matter, Code Enforcement Officer Kolby Davis updated the Board regarding property located at 136 Huntington Drive.

According to previous coverage a public hearing was held on May 23 where property owner Peggy Luke claimed an individual living on the property has been illegally dumping trash there.

Davis said that since the hearing, the individual in question has evacuated the property and the truck and used tires have been removed. However, trash remains in the backyard, he said.

Davis requested the Board revisit discussion of the status of the property during the next Board meeting scheduled for July 2.

The Board also discussed the county’s budget for the coming fiscal year. District I Supervisor Malcolm Perry said the county is 66.6 percent through the current budget year and has exceeded the general fund budget by $138,000.

Perry said he asked County Administrator Adrain Lumpkin to provide a reminder to all department heads to stay within budget while also acknowledging those who stayed within budget.

In relation to the replacement of bridges in the county, the Board awarded Magco, Inc. the project to replace a bridge on Oscar Smith Road at a cost of $476,326.

The Board also approved poll worker checks for the June 5 election. Checks were approved for 164 poll workers totaling $28,548.

The next Board meeting is scheduled for Monday, July 2 at 9 a.m. in the courthouse on Julia Street.