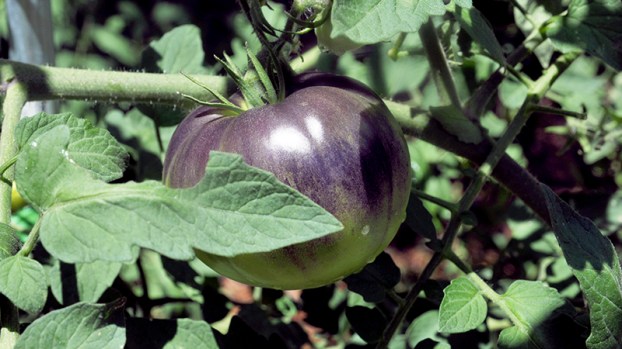 Black Beauty: Catlin Weaver’s special “Black Beauty” tomatoes start growing with a dark, purplish-black color on top, and green on the bottom. Weaver said as the tomatoes ripen, the bottom half turns a dark red, so it eventually becomes a dark color all-over. Photo by Leah McEwen 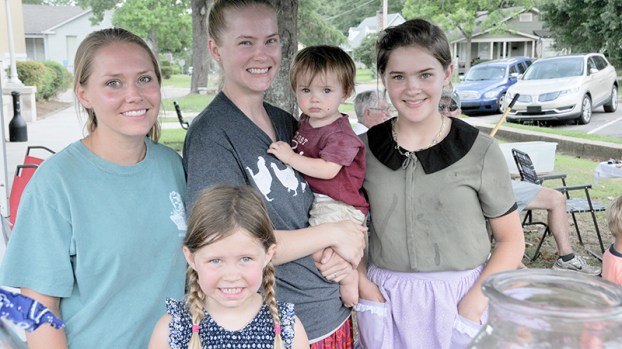 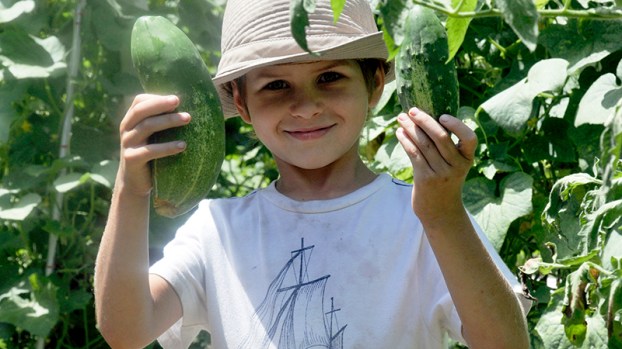 Catlin Weaver and her family grow a variety of fruits and vegetables at their home in Picayune. From black tomatoes, to Asian eggplants, to deep-brown sweet peppers, Weaver said her family likes to experiment by growing new things.

Weaver said her family moved to their current home about eight years ago, and they started their garden soon after. Last year, she was expecting a new addition to the family, so she wasn’t able to put much time and energy into the garden. But this year, she tried to be more aggressive with building her garden and selling produce.

Weaver starts all of the family’s plants as seeds that she germinates in the nearby greenhouse.

She said she always plants heirloom plants, which usually consist of older, more traditional varieties of vegetables. She orders all of her seeds from Baker Creek, whose employees travel across the globe in search of rare and unusual seeds.

When starting the garden, Weaver and her husband tried to find a method of gardening that would produce healthy crops without having to douse the plants in chemicals. After doing some research, she said they decided to try the “Back to Eden” method, which involves covering the soil in a thick layer of compost and mulch. This way the soil is not permanently damaged after each crop.

Rather, during the year as the plants absorb nutrients from the mulch, it is turned into new soil, which can then be covered again, Weaver said. She said it isn’t a perfect method, but it has kept the plants and soil healthy.

One of the most interesting crops in her garden, which she started growing this year, is the “Black Beauty” tomato. The fruit from black beauty starts with a deep black color on top and green at the bottom. As the tomato ripens, the bottom changes from green to dark red until it is dark all over. The Baker Creek website calls the Black Beauty the “World’s Darkest Tomato.”

Another interesting plant in Weaver’s garden is the Japanese “Ichiban” eggplant, which is extremely thin and long, rather than short and stout. She said she usually likes to grow Rosa Bianca eggplants, which are white with purple stripes, but her batch didn’t work out this year. Weaver also grows rarities such as fuzzy yellow tomatoes, yellow cucumbers, Cherokee Purple tomatoes and dark-brown Zulu peppers.

During the late spring and summer Weaver and her family travel to one of the nearby farmers markets to sell her produce. She said she has been to almost every market in Poplarville and Picayune and is debating on attending the one in Bay St. Louis on the opposite Saturday to Picayune’s farmers market.

Weaver not only sells fruits and vegetables at the farmers markets, but also specialty lemonade. She said she uses fresh ingredients to make blueberry lemonade, watermelon lemonade and even blackberry lemonade. Weaver said her citrus plants took a hit during the most recent hard freezes, but she still makes an effort to offer her lemonade at each market she attends.