Board discusses agritourism and personnel matters 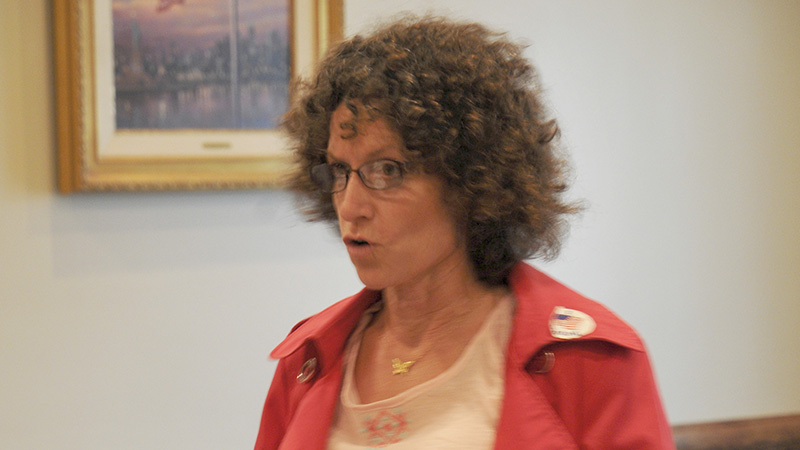 JOINING THE RANKS: Leilani Rosenbaum discusses the benefits of agritourism in Pearl River County. She said eight farms in the county are registered with the Mississippi Agritourism Association. Photo by Leah McEwen

Correction: Pearl River County’s agritourism does not receive state funding. Instead, farms pay the state to become an official agritourism site and be put on the state’s website.

Poplarville’s Board of Aldermen discussed agritourism, Police Department personnel matters and the purchase of a vehicle for the water department during Tuesday’s meeting.

Leilani Rosenbaum, owner of Shroomdom, a mushroom farm near Poplarville, came before the Board to discuss agritourism in Pearl River County and request approval for a new sign to be placed at the intersection of Highway 11 and Highway 26 to promote nearby farms.

She said if people could visit an agritourism registered farm and then eat at a local restaurant that serves food made with local ingredients, it would give people a reason to come to town and stay for several days.

“People want to come and drink, eat, sleep and shop in our Mississippi,” Rosenbaum said.

She said some of the farms were a part of National Geographic’s tourism program at one point, but since there wasn’t enough push to advertise the farms and maintain their website, funding for the entire gulf-state area was dropped.

Board members discussed the matter and agreed that giving more push to agritourism would likely improve the local economy – especially if tours from New Orleans could be brought in to show off the Pearl River County countryside. A motion was passed to allow Rosenbaum to place the new agritourism sign in the approved location.

Between this week’s meeting and the last, City Clerk Jane O’Neal asked local banks for a loan quote to purchase a new Dodge Ram for the water department.

Bank Plus, Hancock Whitney and First National Bank sent quotes. Bank Plus offered the lowest interest rates, but because there was an apparent typo in the quote, it was dismissed and Hancock Whitney’s offer was accepted at an interest rate of 3.39 percent.

The Board then authorized purchase of the vehicle. The truck has been discounted due to state contract pricing to $26,615.

The Board recognized the resignation of Officer Kristy Boyd, who currently serves as a full-time police officer. Boyd’s resignation will go into effect June 9.

The Board then authorized Police Chief Butch Raby to advertise to fill the position.