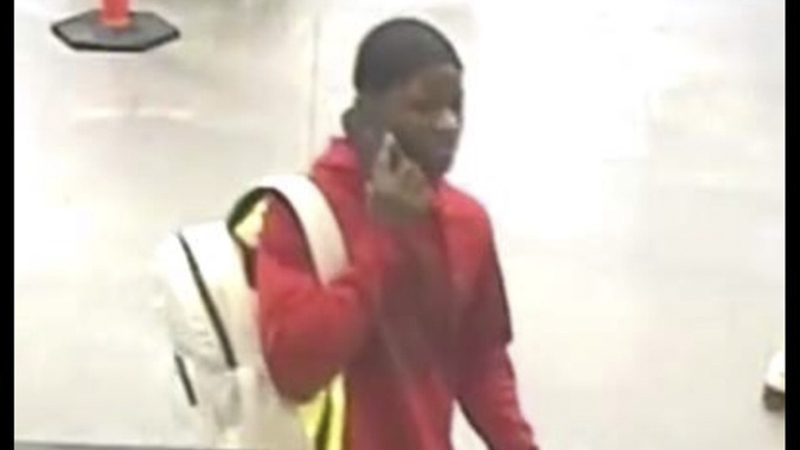 Robbery suspect Terry Madison III has yet to be apprehended. For any information regarding his whereabouts, please call crime stoppers at 601-799-2583. Photo by Waveland Police Department

On Wednesday afternoon two Walmart stores were robbed – one in Waveland and one in Picayune.

Picayune Police Department Assistant Chief Jeremy Magri said on May 2 at about 4 p.m. officers were dispatched to the local Walmart in reference to a robbery. When they arrived, officers spoke to loss prevention personnel, who said that a black male wearing a red long-sleeved shirt, faded blue jeans, a black do-rag and a gray backpack came into the store and went to the money center.

Magri said loss prevention told the officers that when he approached the money center he handed a note to two of the cashiers, which demanded they give him money and no one would be harmed if they cooperated. Magri said the suspect did not brandish a weapon.

The cashiers complied and gave the suspect an undetermined amount of money, which he put in his backpack, Magri said. Once he had the money, he fled the store.

Detectives were called to the scene and processed the available evidence. Magri said that through investigative techniques, the suspect was identified as Terry Madison III, 22, 2808 Clara St., New Orleans, La.

After the officers reviewed the video surveillance, they saw Madison leave the store before getting into a white 2010 Dodge Avenger with a Louisiana tag displaying the number 632-BCS and fled the scene in an indiscernible direction, Magri said.

Magri said before coming to the Picayune Walmart, Madison robbed a bank in the Waveland Walmart.

Magri said Madison did not return to his place of residence after the robbery and has not yet been taken into custody.

There are active warrants out for his arrest and he has been entered into the National Crime Information Center as wanted nationwide.

Magri said if anyone knows his whereabouts, they are asked to call the Picayune Police Department at 601-798-7411. If an individual would like to remain anonymous, the Pearl River County Crime Stoppers can be called at 601-799-CLUE (2583).