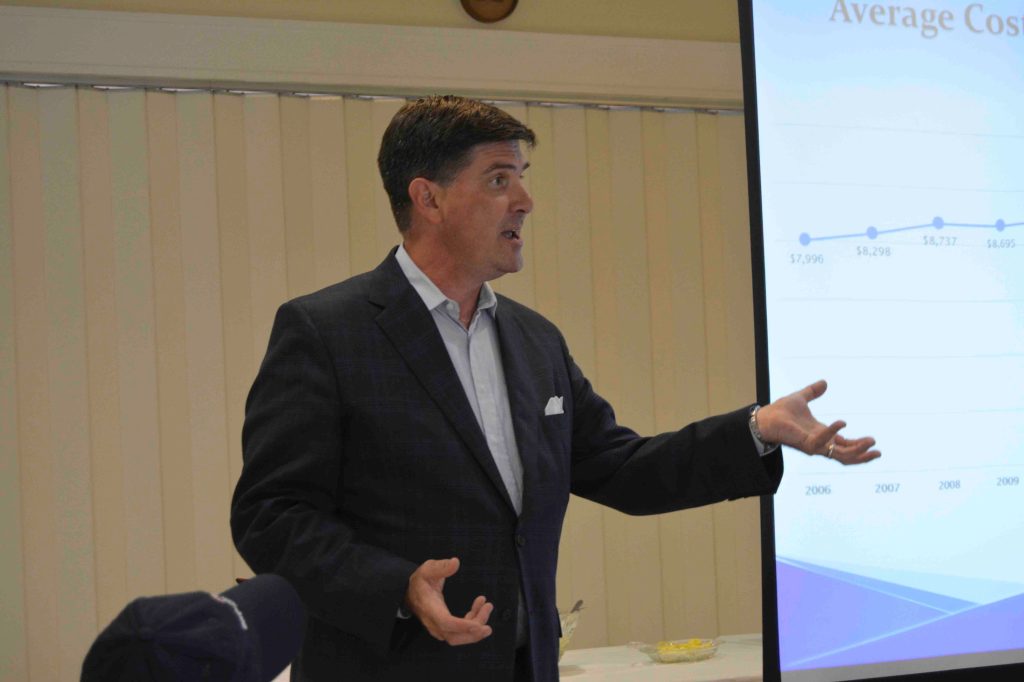 Pickering said in the past year revenue of the state went down by four percent as the state spent more than they received even though cuts to the budget were enacted.

He said that almost 60 percent of the state’s budget funds education. Even though it’s most of the budget, he said he feels more to be done in the field of education.

However, in spite of decreasing funding, the state has increased the amount spent per student on average, from $8,000 to $10,000 per student last year.

Pickering said Mississippi still spends more of its budget on education than many other states in the nation, but the pie is smaller, Pickering said.

Second on the list of major state expenditures is Medicaid and other public assistance programs. He said that approximately 46 percent of state funding goes toward social welfare programs, he said. Another thing he is working on is to identify those receiving public assistance illegally, and have them repay that money rather than putting them in jail.

“Mississippi is in really good shape for our size,” he said.

Even so, Pickering said the state’s legislature is careful about getting into debt by not issuing new debt until current debt is paid off.

In an effort to reduce government and expenses, the number of state employees has been reduced through attrition.