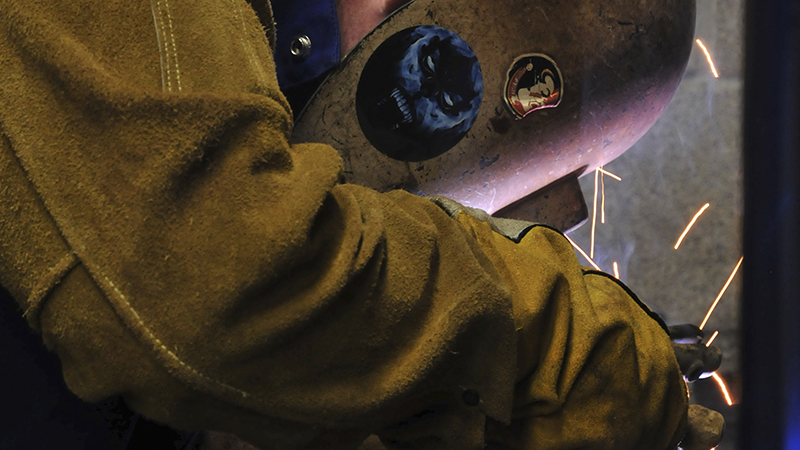 During the PRC School District’s Board of Trustees meeting on May 7, a motion was passed to allow the high school’s agricultural mechanics program to be converted to a welding program.

Career and Technical Education Director Kelli Beech said this decision was not made lightly, but was the product of extensive research and deliberation. Beech said that after the school’s annual evaluation of the CTE programs, it was decided that converting the program would allow the school to provide students with a better education. She said while the current program is good, it does not provide certification or college-level credits to the students. Introducing a welding program will change that.

“The welding program will provide our students with a national certification as well as articulation credit or dual enrollment with Pearl River Community College,” Beech said.

Beech said PRC faculty surveyed current high school students and found that more than 40 percent of them thought having a welding program would be positive.

“When current Ag Mechanics students were asked what career they planned to pursue after high school, 29 out of the 39 students expressed an interest in a welding career,” Beech said.

Beech also quoted statistics from the U.S. Bureau of Labor, which states the demand for welding careers is expected to grow exponentially over the next few years. She said this transition will be easy for the school, since the current program already includes the necessary space and a great deal of equipment. In addition, Beech said the current Agricultural Mechanics instructor, Seth McRaney holds an American Welding Society certification and is qualified to teach welding as well as to give NCCER certification to students upon completion of the program.

“Students exiting high school with a national certification allows them to be marketable in business and industry and be successful in post-secondary education,” Beech said.

McRaney said he is a welder by trade, and is excited the school is making this transition. He said almost all of the schools south of Jackson have already switched to offer welding, since there is a higher need for the trade in this area. Since Pearl River County is so close to shipyards, NASA and other industrial centers, having a certification in welding will provide students with a greater pool of job opportunities, McRaney said.

PRC High School Junior Justin Westbrook said he plans to build a career in machine operation and welding in the future. He said the shift to welding is positive, since it will help prepare students for a future in a growing field. He said when he graduates, he plans to further his education in the trade at PRCC.

Beech said as the school moves forward with its new program, other technical skills will be taught as well. For example, the school has recently obtained a CNC plasma-cutting table, which will allow students to cut shapes and figures out of large metal sheets, Beech said. In learning how to use the machine, students will also be taught computer programming skills. As an added benefit, Beech said the things students cut out with the machine can also be sold, which will help raise funds for the program.