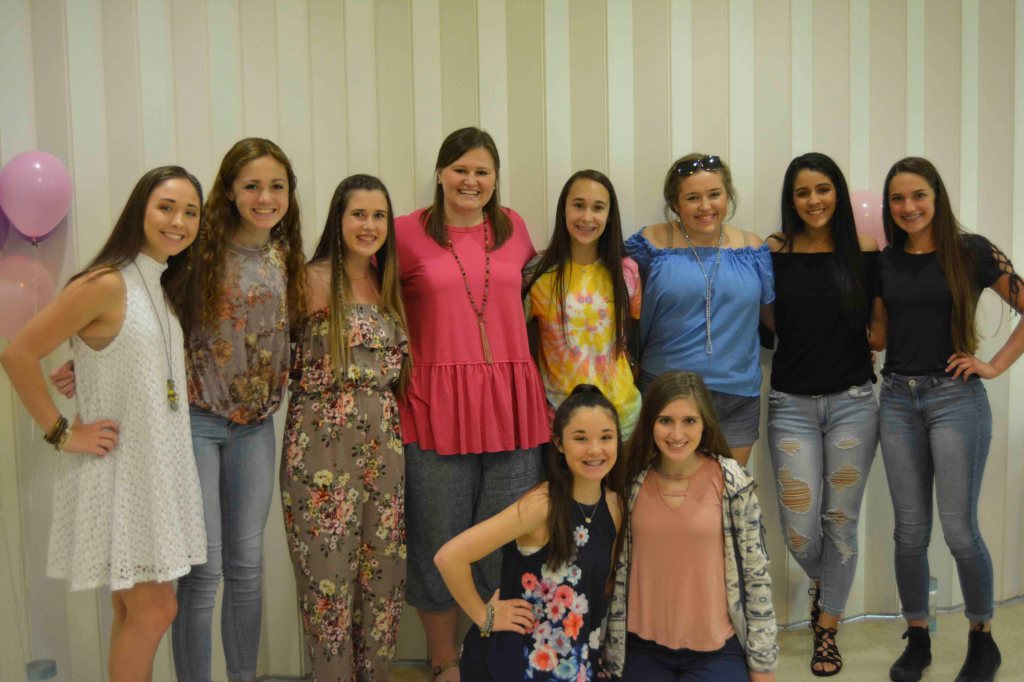 On April 28, the Rotary Club of Picayune hosted the “Love Your Selfie” event to celebrate the uniqueness of young women and build their self-confidence.

“Therefore encourage one another and build up each other, as in fact you are doing,” Thessalonians 5:11. Rotary Club of Picayune President Christy Goss said that passage from the Bible inspired her to organize an event to encourage young woman to find confidence and embrace their inner self.

Several young girls used the platform to share their personal experiences in trying to overcome difficult and challenging situations.

“I was frustrated and upset that I let it get to me,” Jarrell said.

During her time dealing with the crisis she started a group called “Joy Seekers” and a blog entitled “Be you be true” to let girls her age know they aren’t alone.

Jarrell said her devotion to God helped her overcome those obstacles and her embrace her true self.

“Cyber bullying shouldn’t take away your joy or make you a hostage,” she said. “…I’m beautiful and strong and won’t let social media take that away.”

Abby Guy, a senior at Our Lady Academy in Bay St. Louis, spoke about the challenges she faced when she was younger.

Guy said at a young age she was considered to be overweight and nerdy and as such was isolated by her peers.

The stereotype generated by her outward appearance motivated her to start a page called “Shattering Stereotypes” where she shares posts to empower those dealing with similar situations.

She said the page is a way that she can educate people to overlook the negative remarks stereotypes perpetuate and instead rely on God’s love to guide them.

At the end of the day, the keynote speaker took the stage to talk about self-love.

Chrissy Miller, founder of the D.I.V.A Collective, which stands for Daughters Of Integrity, Virtue And Accountability said every woman is a DIVA in her own right.

“It’s all about self-awareness, self-forgiveness and self-love,” Miller said.

Nobody should have the authority to dictate what another person is or needs to be, she said.

“We all should believe in ‘I’m enough, I’m fabulous, I’m purpose and I’m going places,’” she said.