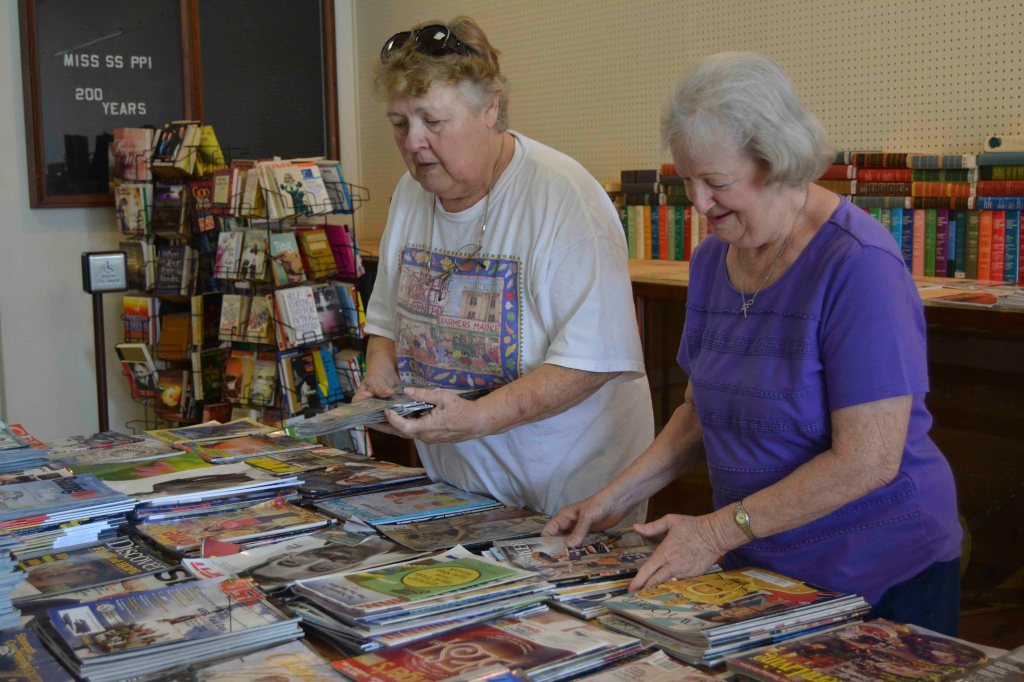 Members of Friends of Margaret Reed Crosby Memorial Library Linda Hanberry and Donna Blappert are seen arranging magazines at the annual book sale that has been extended by a week. Magazines can be purchased at $1 for 20 copies. Photo By Mrudvi Bakshi

The Pearl River County Library System is extending its annual book sale by a week at both the Margaret Reed Crosby Memorial Library and Poplarville Public Library.

The book sale that began on April 29 in Picayune and May 5 in Poplarville is now expected to last until May 18.

Phares said the library was able to raise $6,200 through the sale. Any funds raised during this event will be used to purchase new books and support the library’s annual summer reading program beginning in June.

The summer reading program is one of the library’s major events, designed to attract children to the library and engage them in reading activities during the summer break that enhance their reading skills, Phares said.

Staff at the Poplarville Public Library hope to see the anticipated increase in sales during the week-long extension, said branch manager Denise Davis.

“We’ve collected a little over $700, but the sale hasn’t been as profitable as it was last year,” Davis said.

“I appreciate the volunteers, if it weren’t for their effort in putting on this book sale, I don’t know where we would be as we don’t have a book budget,” she said.

Recent fundraising initiatives are also contributing to the betterment of the library.

At the Murder Mystery Dinner fundraiser held last month, the library raised about $500. Those proceeds will be used to renovate the circulation desk to make it more easily accessible for people with disabilities, Phares said.