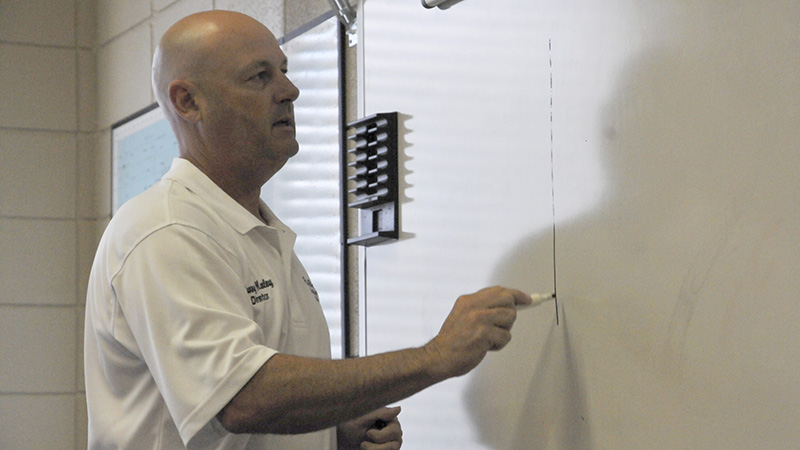 At the beginning of the meeting, each attendee spoke about their role should a county emergency occur.

One of the reasons behind Thursday’s meeting was for community leaders to get to know each other, learn how to communicate with one another, and to assess what resources each agency has at its disposal. Several topics were discussed, including shelter readiness, communications, and Mississippi Emergency Management Agency and National Incident Management System training.

Danny Manley, Director of the PRC EMA, said the county has to be prepared for another Hurricane Katrina type storm. He said if another disastrous hurricane struck the Gulf Coast, Pearl River County would be one of the first places where people would evacuate.

“In Pearl River County, we will shelter a lot of people, but very few of them are actually from Pearl River County. We’re kind of like the evacuation central of the Gulf South. They come here, let the storm pass, then they go home and clean up. It’s something we have to be prepared for. It’s a law enforcement issue and it’s a shelter issue,” Manley said.

Concerns were raised about the county’s communications systems and each department’s ability to stay in contact during and after a major natural disaster. Manley said the statewide radio system installed after Katrina provides county departments with reliable communication that can be linked. He said there are common channels within that system that can be used by every first responder in Pearl River County. He suggested each department ensure they have access to it.

Another option he suggested is investing in a first responder cellphone service.

He said several carriers offer special plans to first responders, which allows them to have priority frequency access in the event cell towers are overloaded by use. He said while this technology is relatively new, it may be worth looking into.

Manley said during the next meeting, IT technicians will discuss Wi-Fi and satellite systems and training sessions will entail communications exercises. He said everyone needs to be prepared, because if a natural disaster occurs, all departments will be stretched.

He said everyone could take several courses online through an app. In Pearl River County’s district, there are about 70 NIMS courses online. Across the state there are approximately 280 Federal Emergency Management Agency Individual Study courses available.

He said to reach basic NIMS requirements, course levels 100, 200, 700 and 800 could be studied independently. For upper level courses such as levels 300 and 400 there are three-day classes to review basic information followed by a week of department-specific training. He said if each department does not participate in necessary training, it could lose FEMA funding.