Board of Supervisors discuss subdivision changes 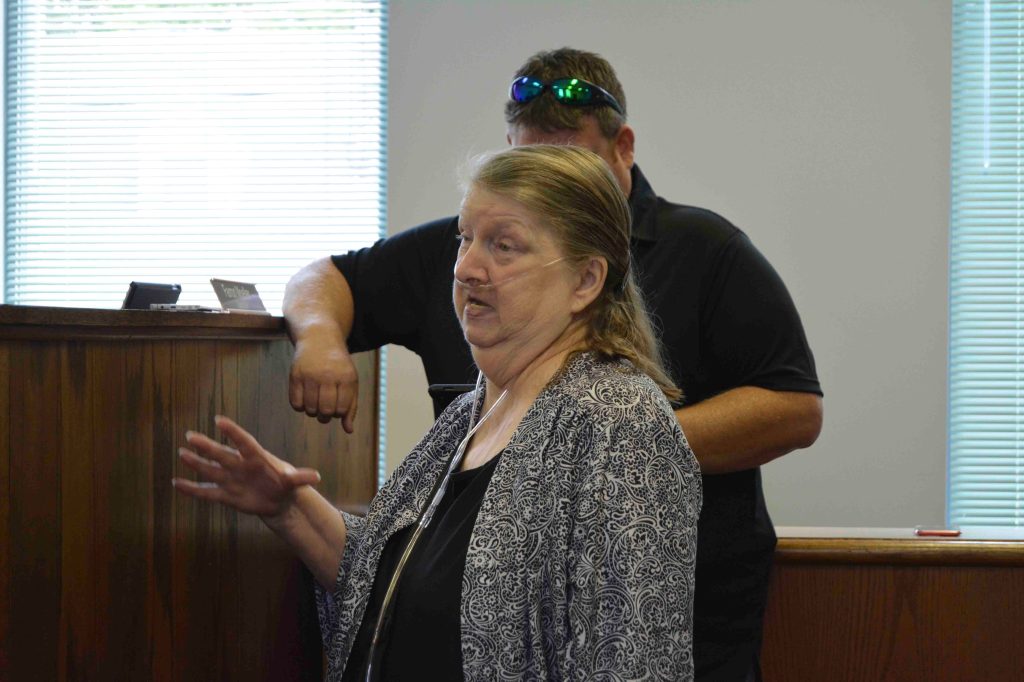 ADDRESSING A PROBLEM: Peggy Luke addresses the Pearl River County Board of Supervisors about problems she is having with a tenant dumping illegally on her land. Photo By Mrudvi Bakshi

During Wednesday’s Pearl River County Board of Supervisors meeting a public hearing was held to discuss the condition of property located at 136 Huntington Drive.

Peggy Luke said she has been living on the property since she moved to Picayune after Hurricane Katrina and is concerned with the refuse continually being dumped on her property.

Luke told the Board she sent an eviction notice dated June 3rd addressed to the individual occupying the property. She said her daughter invited him to stay in Luke’s absence.

Luke said the resident in quesiton has also not paid for utility and electricity bills.

Code Enforcement Officer Kolby Davis, who requested the Board hold the public hearing, said some trash is being removed from the property due to the persistence of Luke and Davis.

Davis said he inspects the property three times a week.

Remaining items that need to be removed include a truck, eight tires and half a truckload of trash.

The Board asked Davis to continue monitoring the situation and approved a motion to continue the hearing during the Board meeting set for June 20.

In other matters, the Board discussed potential changes to the county’s current sub-division regulations.

According to previous coverage, regulations were adopted in 1998 and revisiting those regulations would ensure that potential buyers have adequate access to property when it’s subdivided.

County Administrator Adrain Lumpkin said the Board is trying to make changes to the subdivision regulations to address concerns.

Board Vice President Hudson Holliday suggested four categories be added to the current subdivision regulations to accommodate the needs of county residents.

One of those categories would focus on the division of property among family members without county involvement.

The next category Hudson suggested focused on the multi use division of land that could have various usages such as agriculture, forestry, hunting, recreation, investment, residential or a combination of those uses.

The third category was high-density residential. This subdivision category is characterized by dividing a tract of land into numerous small lots to be predominantly used for residential housing, Hudson said.

The fourth category was called single parcel sales and would entail the sale of a parcel of land.

Hudson said the land can be used for multiple purposes or could be strictly residential.

District II Supervisor Malcolm Perry said in the past, subdivision regulations required property owners to plat out a subdivision so property lines would be consistent with county records.

The Board decided to review Holliday’s suggestions.  Before any permanent changes are made to the existing regulations the Board is required to hold a public hearing, Perry said.

A copy of the subdivision regulations will be made available at the County Administrator’s office.