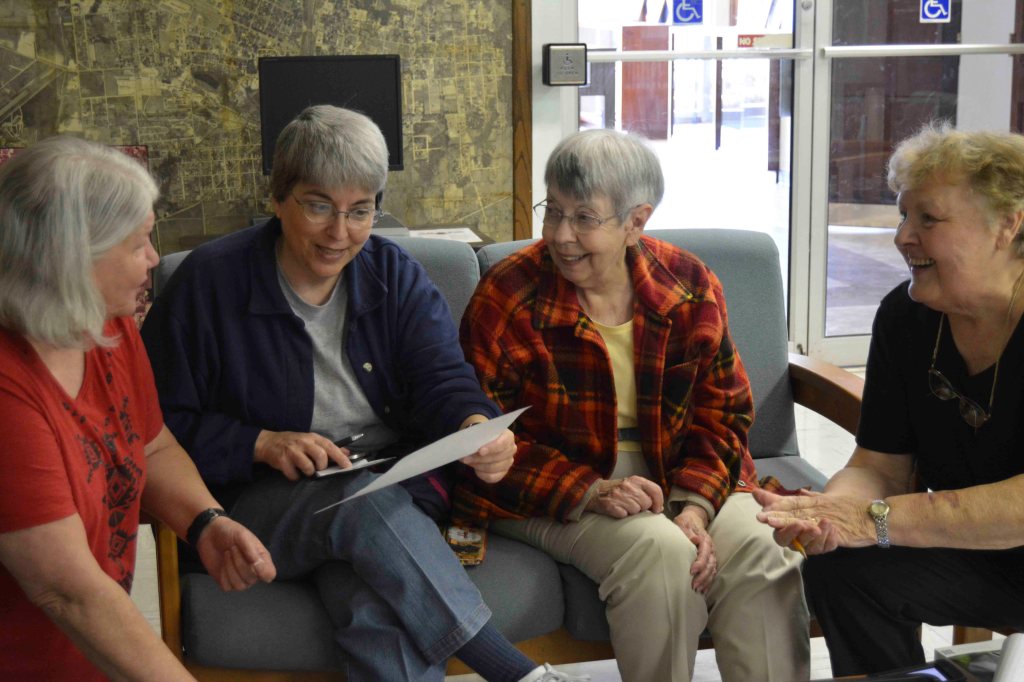 Pearl River County Library System Director Carol Phares said the first step would be to establish a mission statement so the community could better understand the goals of the Action Team.

To that end, Phares drafted the following statement.

“The Action Team is a group of concerned citizens forming to tackle the issues faced by public libraries. They are an advocacy group educating funding authorities and the public about the importance and critical need for public libraries.”

Laura Anne Ewald, who is a local author, public speaker and advocate for the library, shared an acronym for the word “Action” in the group’s name. “Active Citizen Tackling the Institution’s Ongoing Needs.”

The group then discussed the need to appoint someone who can organize library activities and a public relations specialist who can share the group’s message on social media and the newspaper, Phares said.

“It does not necessarily have to be one of us but someone who can take on the library agenda, oversee the activities of the Action Team…. and have a passion for public libraries,” Phares said.

Friends of the Margaret Reed Crosby Memorial Library and staff members of the Picayune and Poplarville library system spoke about the library system’s strengths, weaknesses, opportunities and potential funding decreases in order to establish goals for the team, she said.

“It was a good exercise, so that we can focus on what to do next,” Phares said.

Some of the strengths included volunteer participation, book donations to the library, children’s programs and the availability of an inter-library loan.

Members said the library should be open for longer hours, increase its capacity of storage of books and also hire a full-time IT professional who could assist with computer related issues.

Phares said she would like the library system to be able to provide computer classes in partnership with the Mississippi State Extension Service and hold some sort of classes via iPads and tablets.

Members of the team agreed that the lack of the latest technology due to insufficient funding prevents participation of the library by younger citizens who would like to access services such as e-books.

Phares said she hopes that the discussions concerning funding during the recent Legislative session in Jackson results in some positive changes. She now plans to have similar discussions with the Pearl River County Board of Supervisors, Picayune City Council and Poplarville Board of Aldermen.

The next Action meeting is scheduled to take place May 16 at 1 p.m. at the Crosby Memorial Library.