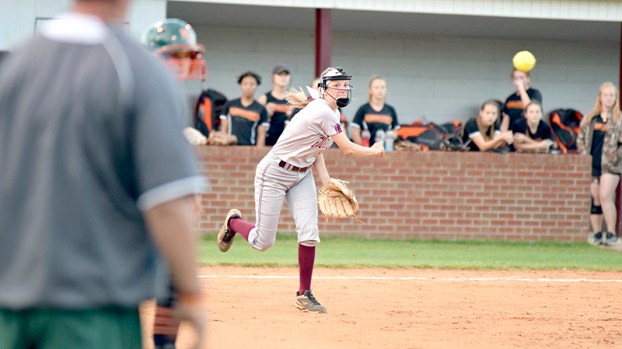 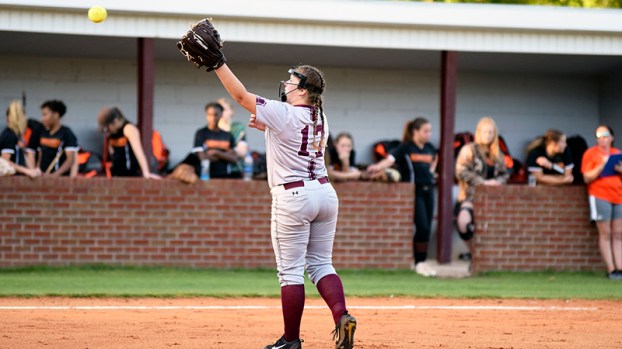 Morgan Dickerson was one of two pitchers that saw playing time Tuesday afternoon against West Harrison. Photo by Victor Tun 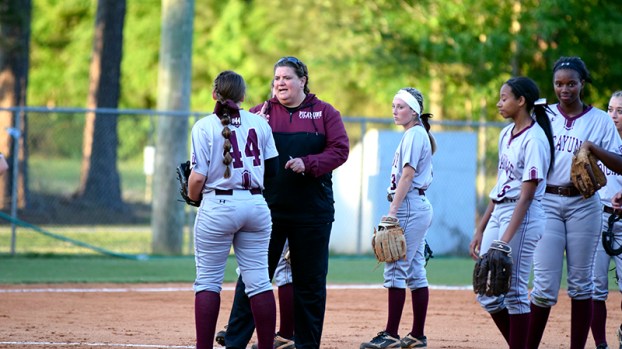 From left, Picayune pitcher Kayla Moore and Head Coach Kristi Mitchell talk to each other during the team's matchup against West Harrison. Photo by Victor Tun

PICAYUNE — Picayune’s softball team lost 10-0 against West Harrison in game one of the first round of the Class 5A state playoffs Tuesday night.

“West Harrison did an excellent job of making the routine plays and also of taking advantage of our errors,” Picayune Head Softball Coach Kristi Mitchell said. “This is a fast-paced game and in order for a team to have a chance to win, routine plays have to be made. Also, if you don’t put a run on the scoreboard, you don’t have a chance to win the game. And that’s something we didn’t do tonight.”

West Harrison’s Layne Turan scored the first run of the game off an RBI from Brook Turan in the top of the second inning.

In the next inning, West Harrison’s Kayleigh Necaise drove Brooke Turan home after a base hit. Afterwards, a pop-up fly by Abbey Fontan also allowed Turan to reach home plate and score the team’s seventh run of the game.

In the last inning of the game, Fontan, Sims and Layne Turan scored one run each to extend West Harrison’s lead 10-0.

For Picayune (6-20), Sarah Walker went 1-for-3 while at-bat and Morgan Dickerson and Kayla Moore saw playing time on the mound. Game two of the series took place Wednesday afternoon at West Harrison.

Poplarville softball: The Lady Hornets dropped game one of the first round series in the Class 4A state playoffs losing 6-3 against the Lady Cougars of Newton County Tuesday night.

Now, Poplarville (18-8) will travel to Newton County Thursday night, in hopes of winning game two and three in order to advance to the next round of the state playoffs.

Tuesday night, the Lady Hornets took a 3-0 lead in the first inning after Rakeya Travis, Manya Gilmore and Aislynn Andrews scored one run each.  Afterwards, Newton County went on to score one run in the second inning, two each in third and fifth and one in the sixth.

Hannah Blanchard and Gilmore each went 1-for-3 at the plate for Poplarville. They also had one RBI each.

The Lady Mustangs led 2-0 after two innings of play but the Lady Devils (22-3) tied the game in the top of the fourth inning. Between the sixth and seventh inning, PRC scored five runs to seal the victory.

Game two of the series will take place Thursday at 5:30 p.m. at PRC.