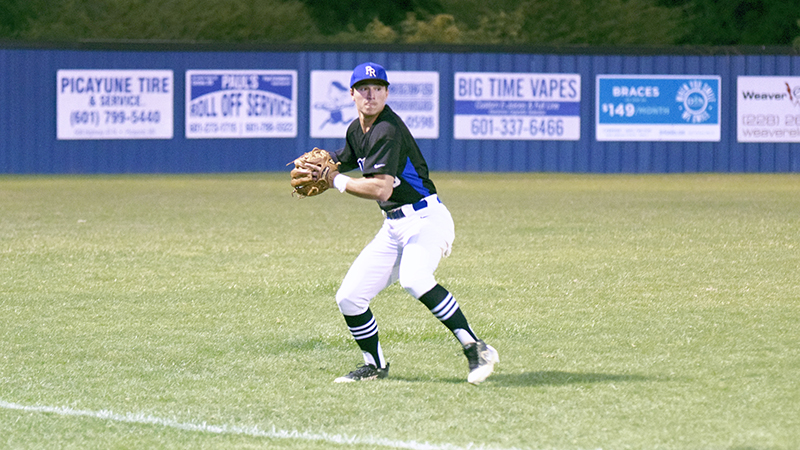 CARRIERE — Four runs in the first inning and one in the fifth helped Pearl River Central breeze its way to a 5-1 victory over North Pike Friday night.

On Saturday, the Blue Devils lost against Brookhaven Academy 8-5 but defeated Columbia Academy 12-1 in five innings.

PRC’s Blake Craft pitched the entire game against the Cougars. Walther said it was a good win for Craft, considering that Columbia Academy is the current MAIS Class 3 State Champion.

The Blue Devils will play its last district game Tuesday night against county rivals Picayune at Kent Kirkland Field. The game is set to begin at 7 p.m.

—Poplarville baseball: The Hornets lost 13-0 against the Tornadoes Friday night in five innings. Poplarville (8-11, 4-4 Region 7-4A) will be back in action Tuesday night on the road against Sumrall.

—Picayune baseball: The Maroon Tide lost 7-4 on the road against the Tigers Friday night. For Picayune (8-11, 0-8 Region 7-5A), Tyler Penton batted 2-for-3 with an RBI and Dylan Ramsay and Shaun Anderson each went 1-for-1 and combined for three RBIs. Caleb Burnette and Logan Ledet each saw action on the mound for Picayune.

The Maroon Tide will play its last home game of the season Tuesday against PRC at 7 p.m.

With the two games combined, Shelby Archer batted 4-for-8 with a homerun and three RBIs, Gower was 2-for-5 with three RBIs, Maddi Glidewell went 2-for-4 and Taylor Kauzlarich was 1-for-3 with an RBI. PRC’s Jade Latham allowed 10 hits and struck out 23 batters over the two games.

PRC and Poplarville softball teams win on the road;…