PRC’s health fair was a hit 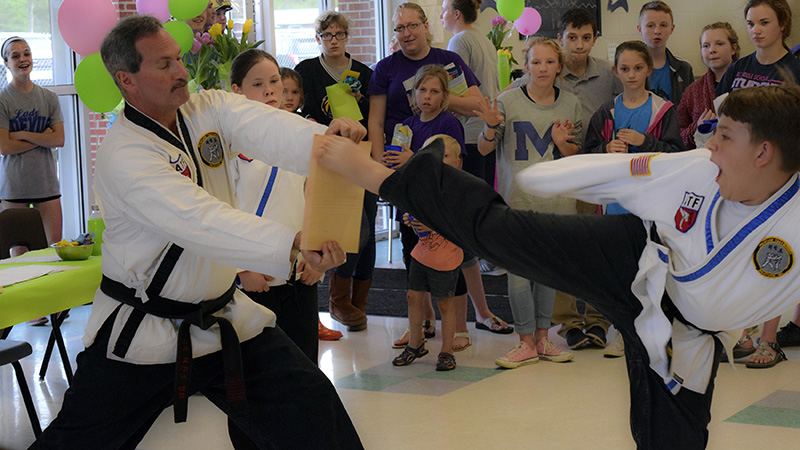 Every local agency had its own booth in the cafeteria where representatives gave free samples and shared advice on how to live healthier. Some of the free samples included T-shirts, cups and pens.

Carriere Volunteer Firefighter Jason Mitchell said that during the health fair emergency personnel taught children about the different type of tools and equipment used when responding to a call. He also said the children had the opportunity to look inside the fire truck and see its features.

“Some of the rules that we teach them include to always keep the aisle of the bus clear, never throw objects inside or outside of the bus and to always remain in their seat,” Smith said.

Picayune Taekwondo instructor Bret Barras and his students Thomas Ryals and Amelia McCall gave a demonstration on the skills they learned during their time at the martial arts school. Some of those skills included take-downs, grappling maneuvers and self-defense moves.

Curriculum Coordinator Kimberly Alford said the goal of the health fair was to give students and families an opportunity to learn more about the health services offered by local agencies.