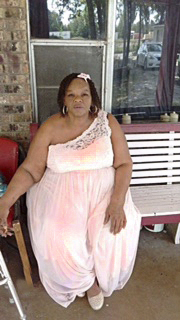 Memorial Service will be held Sat. March 17, 2018 at 11 am at Anointed Dove Ministries for Demethia “Big Meat” Plummer Hardaway age 57 of Picayune, Mississippi, who died March 2, 2018 in Forrest General Hospital,

She was a congregant of Anointed Dove Ministries where she was a member of the Choir.

Baylous Funeral Home in charge of the arrangements.