Board of Aldermen discuss parking 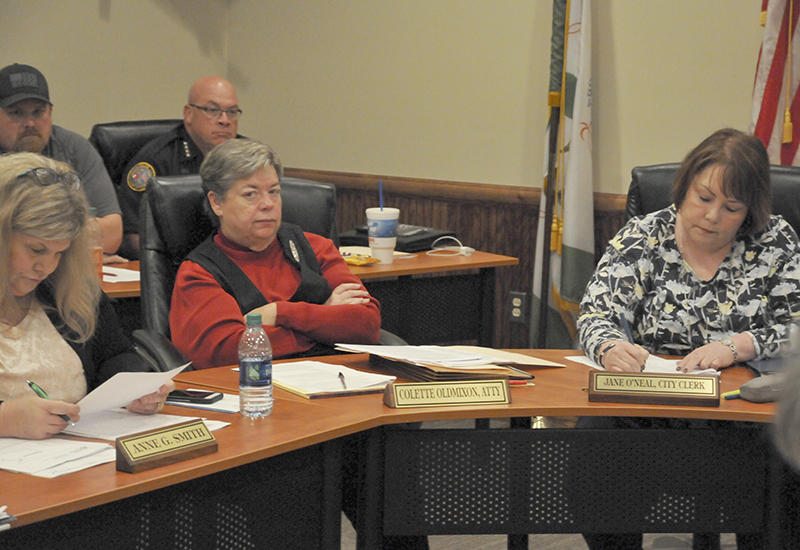 City Attorney Colette Oldmixon advised the Poplarville Board of Alderman to allow business tenants near the new city park to park their vehicles in the grass.

As stated during the meeting, Poplarville School District has the highest graduation rate in southern Mississippi, at 95 percent. During the 2016-2017 school year, the District received an overall “A” rating, an improvement from the “B” rating the district received for the 2015-2016 year. Board members voted to give a special resolution to Superintendent Carl Merritt and thanked him for all that he has done for the community.

“It is so important to have a great education,” Alderman Tony Smith said. “Year after year Poplarville leads our county in test scores. We have an excellent K-12 school district here.”

Afterwards, Dr. Adam Breerwood, president of Pearl River Community College, was also given a resolution for the exceptional academic achievements attained by PRCC. The college has been recognized as one of the best in the nation and has been named the 28th best community college in the United States. Breerwood said that the achievements are a direct reflection of the college’s faculty and staff.

“We are blessed to be a part of this community and the surrounding area,” Breerwood said.

A resolution was also approved to officially declare March 2018 as Intellectual and Developmental Disabilities Awareness Month. It was given to the Director of the Poplarville Community Homes, Curtis Rester, thanking him for everything he’s done in support of the community.

During the previous Board meeting, it was decided that fees associated with the IOD Awareness of Special Education Individuals event on March 28, be waived. Tuesday, President of ARC of Pearl River County Susette Morrow came before the Board to request the requirement for liability insurance be waived.

Morrrow said that last year the event was held in Picayune. However, so many Poplarville residents attended the even that the organization decided to hold it in Poplarville this year. Morrow said they do everything they can to make the event both fun and educational.

The Board voted unanimously to waive the insurance requirements.

Local business owner Tommy Breland came before the Board to discuss issues with parking in front of his business due to construction on the new public park. He said that he agreed that the park would be good for the town’s economic development, but has noticed that tenants of other businesses have become displaced due to the construction and have started parking in front of his business, blocking access for his customers.

It was discussed that new parking will likely be unavailable until “phase 2” of construction has been completed at the end of the year. City Attorney Colette Oldmixon suggested tenants be asked to park in the grass along the side of Railroad Street to rectify the situation. Creel said he would go by local businesses and speak to tenants to try to resolve the issue.

The Board also discussed a request to reduce the speed limit on a portion of Hwy. 11 from 55 mph to 35 mph. To reduce the speed on a public highway, a resolution will need to be written, voted on, and sent to the Mississippi Department of Transportation. If the resolution is accepted, MDOT will send workers out to determine whether the speed needs to be changed and to what level. As the resolution will need to be researched and written, a motion was approved to take the matter under advisement.

See Thursday’s edition for more on Tuesday’s Board meeting.