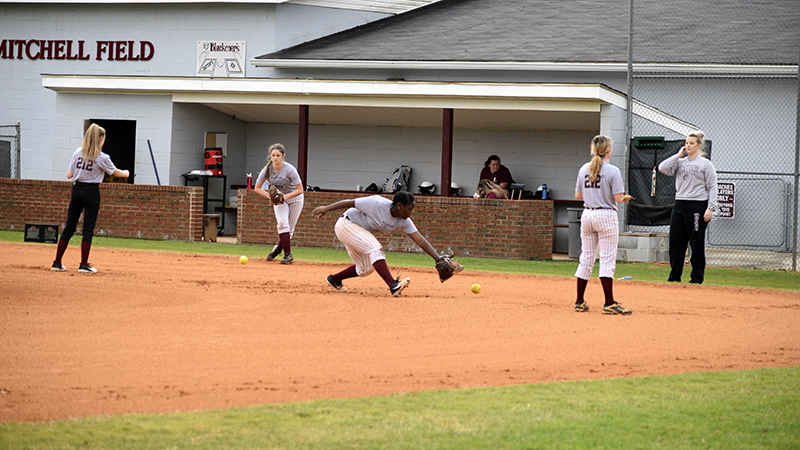 Batter up: Players and coaches of the Picayune Memorial High School softball team have set high expectations for the upcoming 2018 softball season. Photo by Victor Tun

A year after reaching the Class 5A state championship, the Picayune Memorial High School softball team is laying the groundwork for another potential run at the state title.

Last season, the Lady Tide finished with a 22-10-1 overall record and reached the Class 5A state championship series.

Unfortunately for Picayune, they were swept 2-0 in a best-of-three series against Neshoba Central High School, a team that won the state championship four of the last five years.

Despite the sour ending to the season, Head Coach Kristie Mitchell and the Lady Tide have moved on from last year and now focus on the challenges a new season brings.

“Our expectations for this season are to go back to the state championship series,” Mitchell said. “The girls did a great job of preparing themselves in the offseason and I’m excited about the attitude and effort that they  have shown so far and I can’t wait to see them play out on the field.”

The team lost two starting pitchers from last season due to graduation but Mitchell will look to Kayla Moore, a junior, and Morgan Dickerson, a sophomore, to fill those vacancies. Mitchell said Moore and Dickerson worked hard in the offseason and she’s excited to see what they will contribute.

“We’re looking for great things out of the entire group of seniors this year but we also have a good core of juniors and sophomores that I’m excited to see out on the field,” Mitchell said. “Currently, we are dealing with some minor injuries with some of our players but we hope to get those players back as soon as possible.”

The Lady Tide will begin its regular season at home against West Harrison on Feb. 22 at 7 p.m. Picayune and West Harrison faced each other in the second round of the Class 5A state playoffs last season, with the Lady Tide winning the best-of-three series 2-0.

“We have a tough schedule this year but I’m excited to get the season underway,” Mitchell said. “We have the next two weeks to prepare for our jamboree at St. Patrick and our season opener against West Harrison, who’s always a good team.”