Board of Supervisors recognize member of Pearl River County Utility Board 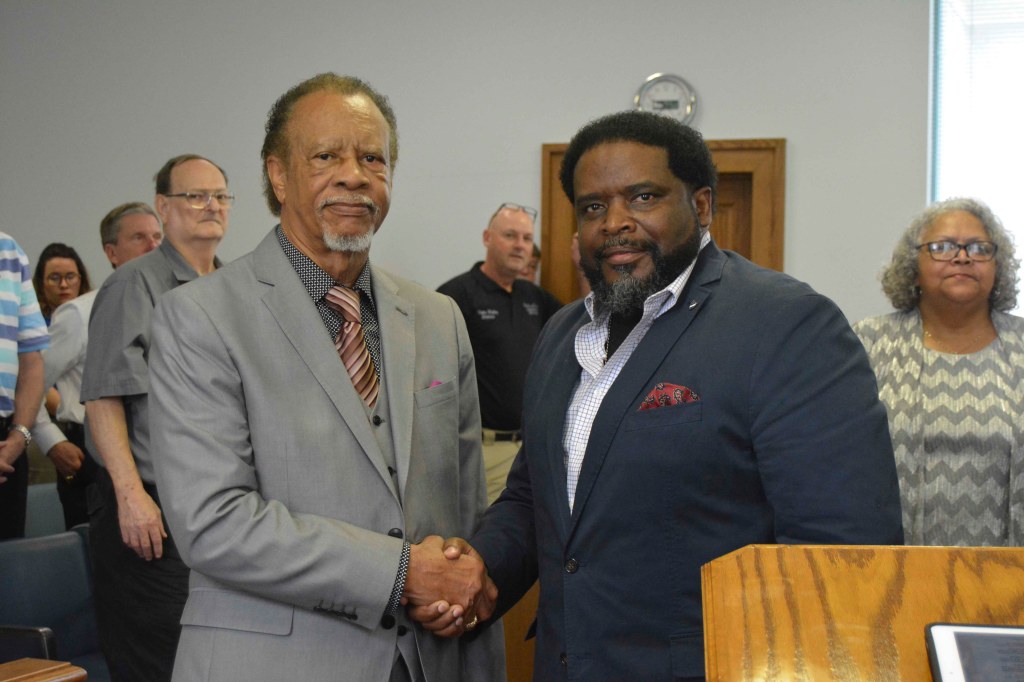 “I want to thank the Board of Supervisors for standing by us for 11 years. We are in a state now that we are functioning decently and we are just about able to take care of our own responsibilities and this has been due to the citizens of Picayune and Poplarville and all of Pearl River County. We appreciate it and I thank you very much,” Lewis said.

In other matters, Board President Sandy Kane Smith spoke about the community meeting held on Feb.13, at Margaret Reed Crosby Memorial Library. The meeting was held to plan a countywide cleanup, scheduled to take place on March 3.

Smith said last year’s initiative by the Board received minimal response, but this year’s meeting was attended by about 40 community members.

Smith said he plans to hold another meeting at the library on March 1 at 6 p.m. where he hopes to get more public input.

“We are going to talk more about how we’re going to organize the event,” Smith said.

Smith hopes community members will spread word about the effort and join the Facebook page Pearl River County Pride to support the initiative and to notify residents and county officials of clean up projects and identify littered areas.

At the meeting, Bryon Hill from Mississippi Power discussed LED lighting projects the power company completed in Picayune and the company’s willingness to conduct more such projects.

He said the power company has been trying to do something different than what was done in the past and as part of the LED light project have changed 250 lights in Picayune.

The company recently installed LED lights at all Pearl River County School District campuses including the McNeill and Carriere locations.

For more on Wednesday’s meeting see Friday’s edition of the Item.

PRC defeats Natchez 61-59 in the first round of…